This year Tanda the rhino made headlines when she produced a female baby rhino, the first in Ramat Gan Safari for twenty years.

By JPOST.COM STAFF
DECEMBER 29, 2014 20:31
The baby female rhinoceros at the Ramat Gan Safari.
(photo credit: TIBOR JAGER)
Advertisement
Ramat Gan Safari was graced with a female rhinoceros for the first time in 20 years, this September. Zookeepers celebrated that the baby white rhino, born to 21-year-old Tanda, would be able to contribute to the future reproduction of the Safari's rhinoceros population.This wasn't the last time Tanda was in the news this year. The famous rhino made headlines in November, when doctors discovered that she had long been suffering from a parasitic eye infection, gave the rhino a custom-made mask to help heal the infection. 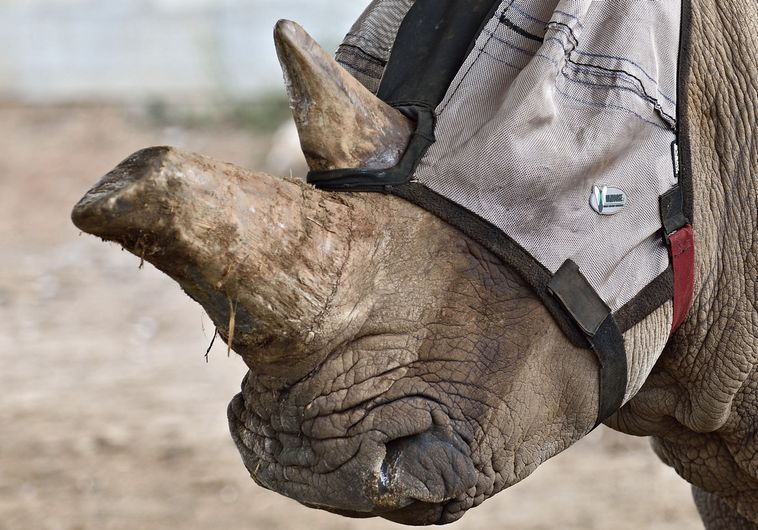 Ramat Gan Safari also celebrated the arrival of a member of another species this year, welcoming a giraffe from Frankfurt called Jengo.
Jengo joined some other foreign friends new to the safari, two Danish anteaters who were transferred from Copenhagen. 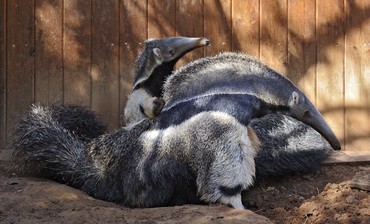