His comments included a criticism of the conservative practices in Egypt where women often find themselves in an arranged marriage to a stranger. 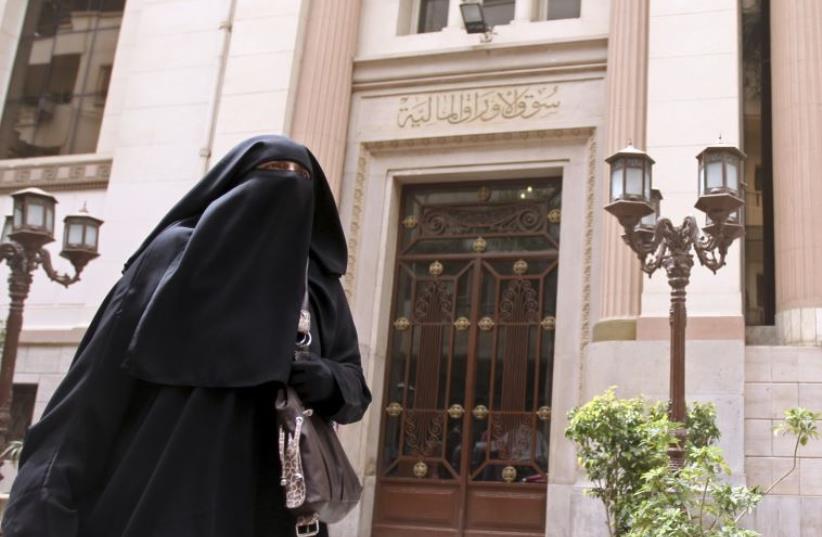 A woman walks past the Egyptian Exchange in Cairo
(photo credit: REUTERS)
Advertisement
An arrest warrant has been issued in Egypt for the administrator of a Facebook page entitled "Diaries of a Suffering Husband," due to comments he made on television claiming a third of married women in the country are unfaithful, according to a report by Al-Arabia.Taymour el-Sobky made the comments on a popular evening talk show called "Mumkin" back in December but his statements only generated controversy after being posted on social media this week. According to a statement released by his office, Egypt's top prosecutor ordered the arrest, accusing Sobky of slandering Egyptian women and damaging their honor.“Thirty percent of Egyptian women are ready for immorality, they just can’t find someone to encourage them,” said Sobky on TV according to Al Arabia. Sobky's comments included a criticism of the conservative practices in Egypt where women often find themselves in an arranged marriage to a stranger. “These days, it is very normal for women to cheat on their husbands and seek it out ... Many women are involved in extramarital affairs while their husbands are abroad,” he said.Sobky, who's Facebook page has over a million followers, faces up to three years in prison if convicted in accordance with Egyptian law.The television show was put on probation for 15 days following Sobky's remarks.