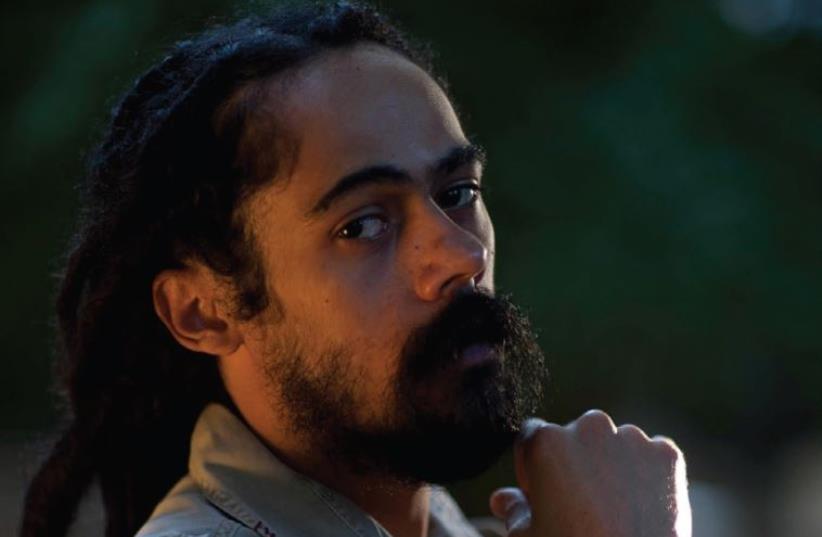 Damian Marley
(photo credit: PR)
Advertisement
Thick clouds of smoke have never befogged the legacy of late reggae master Bob Marley. His lyrics appeared quick and clear to mirror societies’ downfalls and seek redemption, using inspired turn of phrase. Reggae music used love as its primary life force to heal the human race, and Marley’s songs are so richly poignant, one could imagine them bound tightly into a bundle of poems.“Life is one big road with lots of signs, so when you riding through the ruts, don’t complicate your mind,” he’d sing during “Wake Up and Live.” “Flee from hate, mischief and jealousy. Don’t bury your thoughts, put your vision to reality. Wake up and live!” When these ubiquitous reggae songs burst out of car windows, campfires and house parties… “Every little thing is gonna be all right.”Though finding yourself at the same age that your father was when he passed away can blunt any child’s spirit, it never stopped the 36-year-old, three-time Grammy winner and Marley’s youngest son, Jr.Gong, aka, Damian Marley. He achieved reggae’s commercial holy grail of cracking the international market by the age of 27. On June 24, Marley will be making his Israeli debut at the Live Park amphitheater in Rishon Lezion.If there’s a young reggae-dance hall musician with a more bewitching appeal than Jr. Gong, we have yet to meet him. Still, when your father is Bob Marley, your entire being and life’s work becomes that of his.Like father like son, music came knocking early on.From the age of 13, Damian had formed his first band, the Shepherds, with the daughter of Freddie McGregor and the son of Third World’s Cat Coore.By 16, he reached out to his father’s label, Tuff Gong, to record Mr. Marley, his first solo project.By resurrecting his father’s name and legacy, music became his heart’s translator, but it didn’t sound anything like that of the music legend. It had a digital 1980s temper, the kind that burned brightly similar to when the first dance hall was released. It’s reggae intertwined with hip hop, and the loping, bass-busting track “Welcome to Jamrock” was 2005’s summer jam, winning two Grammys for Best Reggae Album and Best Urban/Alternative Performance. It’s the sort of sound that fills the space before you’re in it, a song that carries on playing long after the first listen. It’s furious and unstoppable, and that’s what the soul of reggae music is about: to become a voice that fills the air until you inhale it, songs that stand up against oppression before you’re aware of it.The Marley name is already a brand by itself, but personal identity is heavily tied to one’s memory, and sometimes artists must find peace and the real sense of self when the memory begins to command rather than inspire. Marley has had to experience his own path in order to write the book for his generation, and he chose to team up with influential artists to help him achieve this. Namely, 2010 collaboration with hip hop superstar Nas on the album Distant Relatives, and a 2011 supergroup with Rolling Stones’s Mick Jagger and Dave Stewart. But the spirit of making music with other people started when Marley began creating sounds with his brother, Stephen Marley.With a set list aimed at gluing the sticky nostalgia of Bob Marley & The Wailers together with original material and collaborative covers, Damian Marley’s voice box is its own portable source of positive vibration. The singer’s live-wire vocals light up low-key, sparsely arranged reggae and hip hop material – like “Patience,” featuring the sampled Amadou & Mariam’s “Sabali,” and “Road to Zion” – the former of which offers up a line that captures Damian claiming he’s a descendant from King Solomon of Israel, “My spiritual DNA that print in my soul and I will forever Own Lord.” The latter captures the artist’s underlying message to keep fighting, pushing, burning and piercing through oppression and pain, the instruments matching the intensity in his voice; “Cause, I got to keep on walkin’ on the road to Zion land; Hey, we got to keep it burnin’ on the road to Zion land.”In that way, the wild seeds have grown to find Damian Marley as an inspired blast of scorchedearth reggae – burning through his father’s past, and his triumphant present, to forge a thrilling future for himself. His voice is sparked with power, like crackling wood on a fire, and the Marley message remains: Wake up, burn bright, and live.Damian Marley will perform at the Live Park amphitheater in Rishon Lezion on June 24.