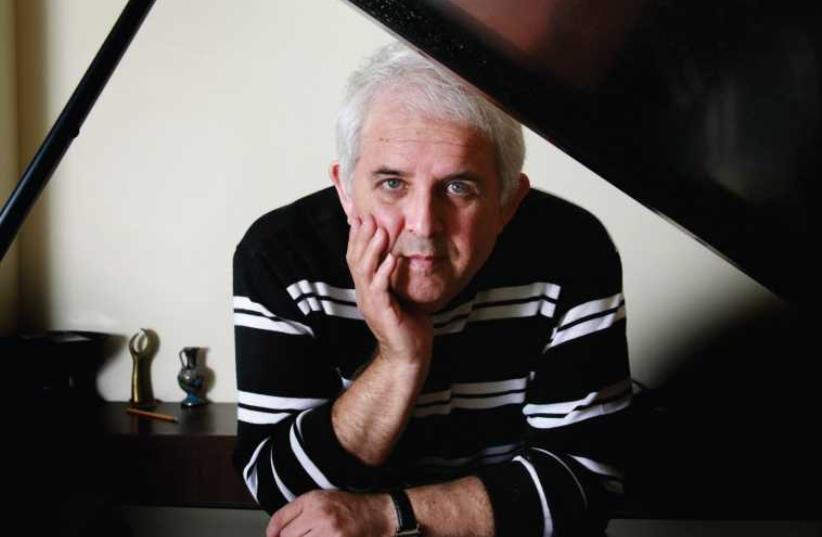 Moshe Zorman
(photo credit: PR)
Advertisement
There are composers whom we naturally, and exclusively, identify with the rarefied echelons of earnest classical works. And there are others who seem to be oblivious to genre delineations and who simply turn out excellent material wherever their pen may roam.Dubi Seltzer appears to have just about everything possible in his chosen line of work, and his achievements will be saluted at the Tel Aviv Museum on Saturday evening, on the last day of this year’s Felicja Blumental Festival. The tribute is touted under the guise of the 50th anniversary of the wildly popular musical Kazablan, which starred Yehoram Gaon, for which Seltzer wrote the music.Now 83 and currently involved in a project in Italy, Seltzer made aliya from Romania at the age of 15. By all accounts, the teenager had already set his sights firmly on a successful composing career. It is said that before he moved here, he had already written a popular musical that ran for two years in the young composer’s country of birth.Saturday’s tribute show is based on arrangements of a wide range of works written by 62-year-old composer, conductor, pianist and trombonist Prof.Moshe Zorman. He has had more than a 30-year association with Seltzer and is in prime position to offer his take on the octogenarian’s enduring popularity.“The wonderful thing about Dubi Seltzer is his ability to adapt to the transient trends in Israeli music,” Zorman observes. “We know of quite a few composers who emerged in the 1950s, and after 10 years or so, after a change in fashion, when we moved from the folk-based Israeli music to rock and roll, and then to English or American popular music, few survived that.”It seems that Seltzer was made of more durable and flexible stuff.“Dubi is a true professional, and one of his greatest attributes is that he keeps an open ear,” suggests Zorman. “Somehow Dubi always knows how to find the right sound, the right melody, and to appeal to a new generation born in Israel. That’s why he has been active for over half a century, and he is still relevant.”That ability to keep up with the genre march of time and to keep on churning out quality material has been recognized through various awards, the chief one being the 2009 Israel Prize as a salute to his lifetime achievements and his continuing contribution to Israeli music.Seltzer’s chameleon-like propensity for fitting in and landing on his feet, cultural and/or social milieu notwithstanding, stood him in good stead a couple of years after making aliya when he joined the IDF. His already polished musical talents were taken into account by the army’s personnel honchos, and he was quickly appointed first official composer of the Nahal Musical Theater Group. Zorman says he settled in well.“Here was a young man who came here from Romania, and within a couple of years he was writing music that was entirely Israeli, as if he was born here and had researched Israeli music for years. And I don’t think he could even speak Hebrew properly at the time, but his ear was open,” Zorman adds with a laugh.“He wrote music for people like Haim Topol and Uri Zohar, and it was quintessential Israeli music.”In fact, Seltzer had his work cut out for him.“In the 1950s, everyone was busy creating the new Israeli music, which fed off all kinds of sources,” notes Zorman. “It was a mixture of so many things. The great composers of the time looked for special scales, and they discovered the hora and the music of the Beduin and the special mawal [vocal element in Arabic music]. It was a time when composers strove to reflect the return of Israel after 2,000 years of exile, and they didn’t want the music to sound like it had just gotten off the ship from the Diaspora.”Amazingly, Seltzer managed to answer the call to the national musical flag.By the late 1950s, Seltzer had to change tack again when French chanson-style songs came into vogue, as did music from elsewhere in Europe. Hardly had the Romanianborn composer settled into the new style when, in the early 1960s, the Sanremo Festival-style light and breezy pop genre took over.“Dubi managed that too and wrote ‘Daber Elai Be’prahim’ (Talk to Me with Flowers), which was a smash hit.”One wonders whether Seltzer’s adaptability was something he developed in his youth in Romania or learned as he went along after he relocated to this part of the world.Zorman puts it down to ethnicity.“I think it is a Jewish trait, to adjust,” he says. “It’s a survival tactic which I think the Jewish people developed over time. It is like Kurt Weil who wrote European music and then, after he moved to the States, he took his place in the musicals market with great aplomb.”Seltzer’s oeuvre takes in a remarkably wide range of styles and works. He wrote for some of the country’s best-loved musicals, such as Utz Li Gutz Li, based on The Wizard of Oz, and wrote lieder-like songs to texts written by Russian-born Israeli poet Abraham Sutzkever. Some of the latter will be performed on Saturday by acclaimed opera singer Sharon Rostorf, with fellow professional Keren Hadar also in the lineup.Some of Seltzer’s Nahal numbers will also feature in the Felicja Blumental Festival salute.Veteran singer-actor Sasi Keshet will perform, as will violinist Yuval Hertz and cellist Oded Hadar, with the Givatayim Conservatory Children’s Choir providing substantial sonic support for all concerned.The climax of the proceedings will be a medley of songs taken from Kazablan.“That will be the highlight,” says Zorman. “I think the music Dubi wrote for Kazablan will last for generations and generations. That has stood the test of time.”