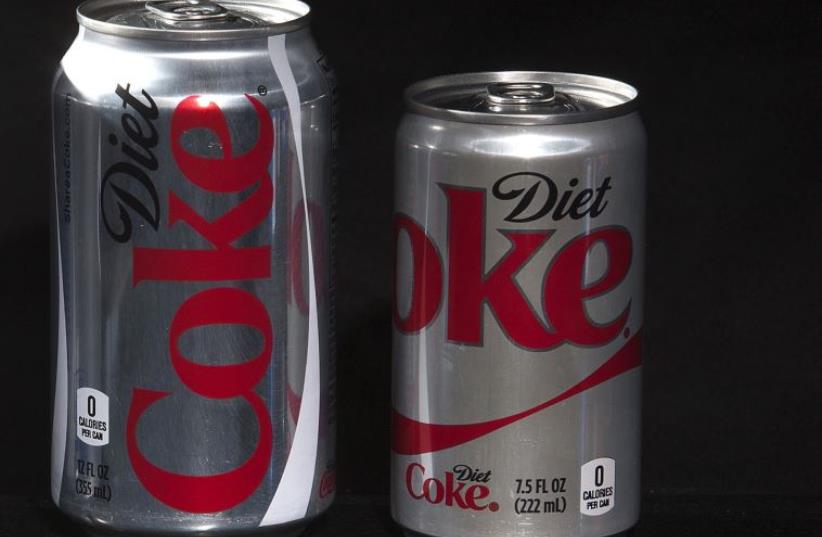 Diet Coke cans
(photo credit: REUTERS)
Advertisement
A Muslim woman who was denied an unopened can of Diet Coke on a United Airlines flight is claiming that she was discriminated against, CNN reported on Sunday. Tahera Ahmad a 31-year-old Muslim chaplain and director of interfaith engagement at Northwestern University, Ahmad, 31, was  on a flight Friday from Chicago to Washington for a conference promoting dialogue between Israeli and Palestinian youth, according to the report. Ahmad said that for hygienic reasons, she asked the flight attendant for an unopened can of Diet Coke. The chaplain was wearing a hijab on the flight.  The flight attendant told her that she could not give her the Diet Coke but then handed an unopened can of beer to a man seated nearby, Ahmad described. "We are unauthorized to give unopened cans to people because they may use it as a weapon on the plane," she said the flight attendant told her.  Ahmad then alleged that she was being discriminated against, and the attendant quickly opened the beer can of the other passenger. "It's so you don't use it as a weapon," Ahmad said the flight attendant told her. Ahmad asked other passengers if they had seen what happened. At this point Ahmad said another passenger on board became verbally abusive and began to hurl racist invective at the chaplain.  "You Muslim, you need to shut the f--- up," he yelled. According to Ahmad, the man then leaned over, looked her in the eyes and said: "Yes, you know you would use it as a weapon. So shut the f--- up," according to Ahmad."I felt the hate in his voice and his raging eyes," Ahmad posted on Facebook during the flight. "I can't help but cry ... because I thought people would defend me and say something. Some people just shook their heads in dismay."Following the incident a #unitedfortahera hashtag on Twitter was used by people to show support for the chaplain. In a statement, United spokesman Charles Hobart said the airline "strongly supports diversity and inclusion," CNN reported. "We and our partners do not discriminate against our employees or customers," the statement said. "We are reaching out directly to Ms. Ahmad to get a better understanding of what occurred during the flight," Hobart said. The flight attendant as well as the pilot apologized, Ahmad said. "I'm not doing this to go after United Airlines. This is about bigotry and racism and our country is going through a very difficult time right now. Dr. Martin Luther King Jr. and so many others worked so hard ..." Ahmad told CNN, breaking into tears."They strove so hard so that Americans would not mistreat each other on the basis of the color of their skin or religious or ethnic background but I guess we're still on that journey," she added.