According to 'The New York Post', the Brazilian supermodel wore the burqa as a way to conceal the fact that she was having work done on her figure. 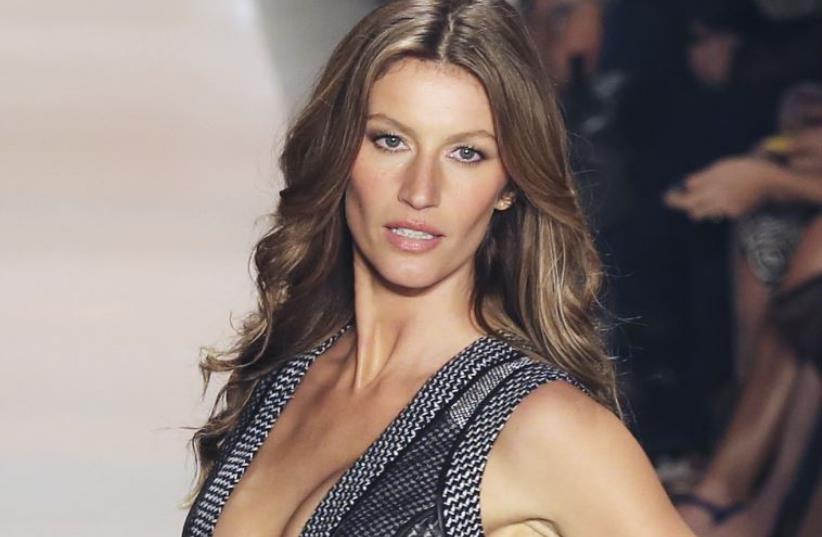 Brazilian supermodel Gisele Bundchen
(photo credit: REUTERS)
Advertisement
Parisians and Muslims are up in arms over a report in the French tabloids which claims that Brazilian supermodel Gisele Bundchen donned the traditional Muslim burqa in order to avoid being spotted walking into a local plastic surgery clinic.According to The New York Post, Bundchen and her sister wore the head-to-toe garb that is normally seen in austere Islamic societies as a way to conceal the fact that the former Victoria's Secret star was having work done on her figure.The report, which also appeared on the French gossip site Public, elicited angry reactions from French nationals since the burqa is banned in the Fifth Republic.

Muslim garments that cover the face are banned in France by dint of a law passed five years ago. The 2010 law was brought in by conservative former president Nicolas Sarkozy and targets burqa and niqab garments that conceal the face rather than the headscarf that is more common among French Muslim women.Online readers in France were apparently upset that Bundchen violated the law while trying to hide the fact that she was having plastic surgery performed on her.According to The New York Post, Bundchen's decision to don a burqa during Ramadan was offensive to Muslims.“She’s not doing it for Islam. This is very bad,” Imam Muhammad Abdullah Kamal Al-Azhari of the Astoria Islamic Center in Queens told the newspaper. “She’s wearing a holy thing for a bad purpose.”