With no running diplomatic relations between Israel and Pakistan, an unexpected encounter between the two leaders would have undoubtedly been uncomfortbale. 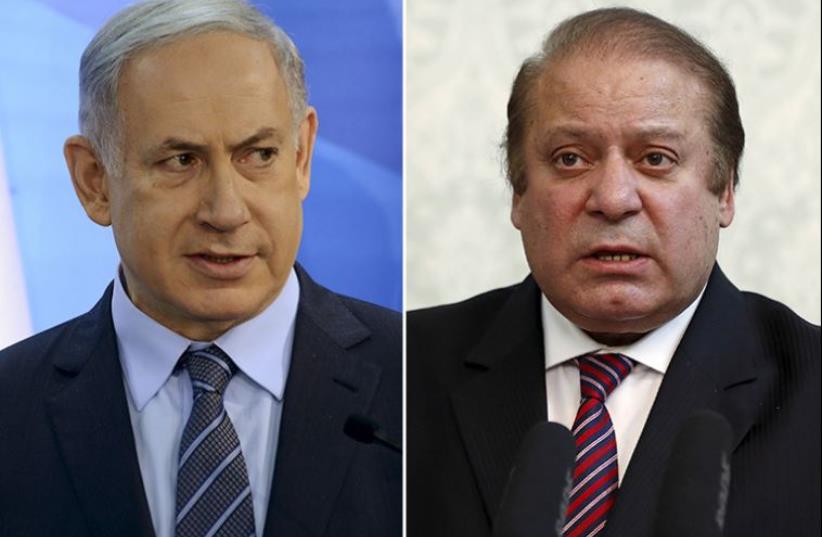 Netanyahu and Sharif
(photo credit: REUTERS)
Advertisement
Prime Minister Benjamin Netanyahu avoided an awkward dinner run-in Wednesday night, when his team cancelled reservations at a popular Italian eatery where Pakistani Prime Minster Nawaz Sharif was due to dine.
With no running diplomatic relations between Israel and Pakistan, an unexpected encounter between the two leaders would have undoubtedly been filled with uncomfortable silences. Or with heated debate.
According to the New York Post, Netanyahu's team had booked tables at the popular white-tablecloth eatery Serafina Always in midtown New York, yet decided to cancel due to "security reasons" after learning that the Pakistani politician would be in attendance.
Sharif went on to dine at the Italian spot with his wife, a party of 10, and security detail who sat at separate tables.
A witness said the Pakistani leader dined for three hours with his "beautiful" wife "dressed in gold", and noshed on pizza and soda - sticking to a vegetarian and alcohol-free menu.
A source told the Post that "one can assume that it wouldn’t make sense for [Netanyahu] to be at a restaurant at the same time as Sharif.” Which is probably true.Yet it remains unclear which fine New York dining establishment was graced by the attendance of Netanyahu and his entourage instead of Serafina. Perhaps he just stuck to room service.