Listen to Israel's rendition of the summer song of 2017. 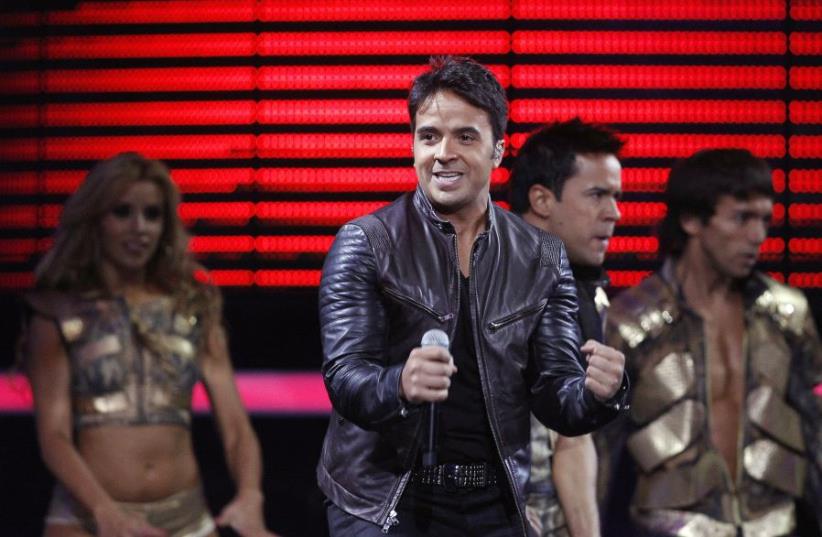 Puerto Rican singer and composer Luis Fonsi performs during the International Song Festival in Vina del Mar city, about 121 km (75 miles) northwest of Santiago,
(photo credit: REUTERS)
Advertisement
Attention Jews who love to dance to Latin grooves: There is a Hebrew version of “Despacito,” the first mostly Spanish-language song to become a number one Billboard chart hit in 20 years.“Despacito,” sung by Puerto Rican pop artist Luis Fonsi and which translates as “Slowly,” found success rather quickly: Released in January, by April it had became the second-fastest song ever to get a billion views on YouTube (behind Adele’s “Hello”).An English-language remix sung by Justin Bieber helped the song find international success (although Bieber clearly didn’t remember the recording process too well).Earlier this month, Israeli musicians Ram Vashdi and Shoval Moshon uploaded to YouTube a cover version sung in Hebrew. The translation is not exact, but it gets the song’s ideas across.Elsewhere on YouTube is a version of the original “Despacito” music video with Hebrew subtitles and a video that translates the Spanish into Hebrew.