The pop-rock band share snaps from Jerusalem with fans during first Israel trip. 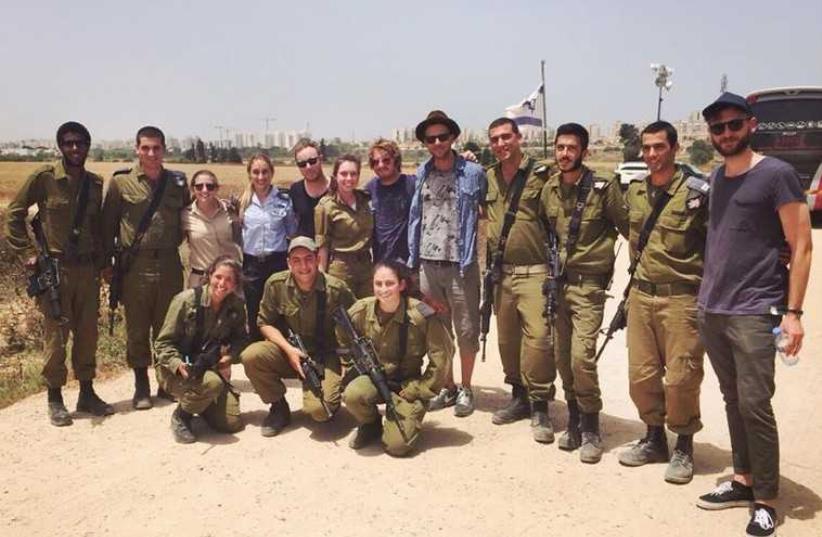 One Republic visits Iron Dome base in Ashkelon
(photo credit: IAF)
Advertisement
Mixing business with pleasure! American pop-rock band OneRepublic pushed up their trip to the Holy Land to squeeze in some touring before they grace the stage at Tel Aviv's Hayarkon Park on Thursday night.The "Counting Stars" songsters, now on the European leg of their "Native" World Tour, cruised through the country, snapping pictures along the way and posting them to social media. On Wednesday, during a visit to an Ashkelon base, the Colorado-based group surprised soldiers who man the Iron Dome missile defense system, telling the men and women in uniform they "feel safest in Israel."

The group also shared a series of pictures from Jerusalem, including the ancient cobblestone alleyways of the Old City and the place where Jesus spent his last night before he was crucified.

We've been to some old places.. Jerusalem somehow feels older than all of them. pic.twitter.com/64btGp3vCw
— OneRepublic (@OneRepublic) May 25, 2015


"So insane to be standing here," an image of the Garden of Gethsemane – an olive grove beneath the Mount of Olives where Jesus was betrayed and arrested – was captioned.

The courtyard where Jesus was tried and convicted...now about 30 feet under the city of Jerusalem pic.twitter.com/iwGZLKBZ7R
— OneRepublic (@OneRepublic) May 26, 2015

The pop stars, in the country since late Sunday, have said they planned on taking in as much as they could while here. This is the first time in Israel for the Ryan Tedder-fronted group, who shared with fans a glimpse of their in-flight menu as they made their way to Ben Gurion Airport.

Up next for OneRepublic are shows in Turkey, Macedonia, and Bulgaria.
Advertisement
Subscribe for our daily newsletter