Lea Delaria spent her first day taking in Israel's sites, including the Western Wall where an IDF soldier told her he was a big fan and asked for a photo. 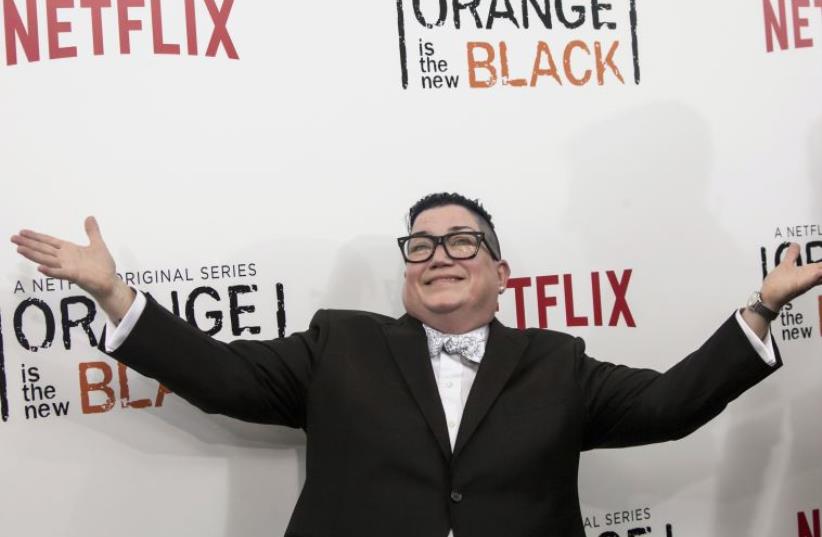 Actress Lea DeLaria
(photo credit: REUTERS)
Advertisement
Lea DeLaria, American comedian, actress and musician, most famous for her recurring role as Carrie 'Big Boo' Black in the Netflix prison drama, 'Orange is the New Black,' landed in Israel Monday to take part in Tel Aviv Pride Week.
DeLaria could hardly contain her excitement upon her arrival, posting a photo of herself to her Facebook page standing in front of a sign reading, "Welcome to Israel," saying, "This is almost too much even for me."
Delaria spent her first day taking in Israel's sites, including the Western Wall where an IDF soldier, originally from Brooklyn, told her he was a big fan and asked for a photo.
Delaria's Facebook posts received a largely positive response as Israeli fans who welcomed her to the country and celebrated her choice to join in on the Tel Aviv Pride week celebrations.
The Orange is the New Black actress is slated along with Scottish actor Allan Cumming to attend TLV Fest, the Tel Aviv International LGBT Film Festival, which began last week and runs through till June 7. It is the only LGBT film festival in the Middle East and has become a staple of Tel Aviv Pride week.
Ariel Dominique Handelman contributed to this report.