Parasha of the week. 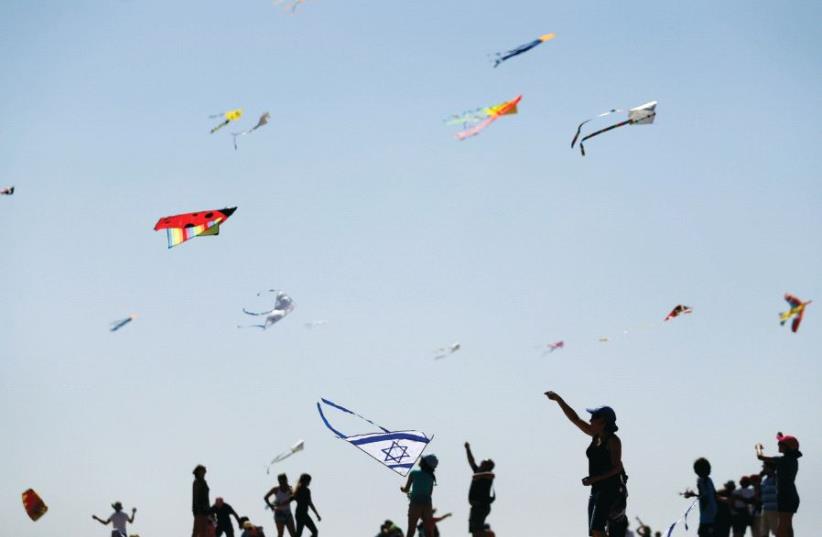 Flying kites in Israel
(photo credit: REUTERS)
Advertisement
Birkat Kohanim, the Priestly Blessing, which we read in this week’s Torah portion of Naso, is a favorite moment for people who go to the synagogue. In Israel, this blessing is recited every day; outside of Israel, it is recited several times a year.Toward the end of the prayer service, the kohanim walk up to the front of the synagogue, wrap themselves in their tallitot (prayer shawls), raise their hands toward the congregation and bless it with a blessing composed of three parts: “May the Lord bless you and watch over you; May the Lord cause His countenance to shine to you and favor you; May the Lord raise His countenance toward you and grant you peace” (Numbers 6:24-26).Where the Torah instructs the kohanim to bless the congregation with Birkat Kohanim, we read two additional verses. One serves as the introduction to the blessing, and the other as a conclusion. The introduction is: “The Lord spoke to Moses, saying: Speak to Aaron and his sons, saying: This is how you shall bless the Children of Israel, saying to them: May the Lord bless....” (ibid. 6:22-23).Simply, God instructs Aaron and his descendants the kohanim to bless the nation. But at the conclusion of this instruction, we read another verse which raises a question regarding the identity of who is giving the blessing: “They shall bestow My Name upon the Children of Israel, so that I will bless them” (ibid. 6:27).So who is giving the blessing? God, who says “so that I will bless them,” or the kohanim, who were told “This is how you should bless the Children of Israel”? Actually, when you listen to the content of Birkat Kohanim itself, this question is easily answered. The kohanim say to the congregation “May the Lord bless you and watch over you.” So we see that the kohanim bless the nation with God’s blessing. They do not create the blessing themselves. They just pass it on.On the literal meaning of the words “so that I will bless them,” great Jewish sages of the 1st century CE, Rabbi Akiva and Rabbi Yishmael, disagreed (Talmud, Hullin 49). According to Akiva, the meaning of these words is as we understand: It is not the kohanim who bless the nation; rather, God provides His blessing to the nation. “I will bless them,” with “them” referring to the Jewish nation.Yishmael does not disagree with this concept, since, as we have already shown, the blessing itself shows us that God is the one doing the blessing and not the kohanim. And yet he believes the words “I will bless them” contain an additional meaning. The entire nation is blessed with God’s blessing by the kohanim, but – asks Yishmael – who blesses the kohanim themselves? “...so that I will bless them” is the answer. God Himself blesses the kohanim.But are the kohanim not included in the blessing of the entire nation? Do they not receive the blessing from God that they themselves bequeath to the congregation standing before them, which hears their blessing? Why the need for another blessing in the form of “I will bless them”? It seems that Yishmael is teaching us an incredibly important lesson. Indeed, the kohanim are blessed by the same godly blessing that they pass on to the entire nation. But by performing this deed, by blessing the nation, they merit an additional blessing.God’s blessing is given to all people. But whoever blesses others is privileged to receive an additional blessing. A person who wholeheartedly blesses another person is himself blessed with God’s blessing.Sometimes it is hard for us to wholeheartedly bless another person. We might be worried that his success might harm our own. The Torah teaches us that the opposite is true. The more we bless, the more we are blessed. The more we love and the more we strive for others to be happy, the more loved and the happier we will be.There is no blessing like God’s blessing, giving us abilities, aspirations and hope. Whoever wants to merit receiving this blessing must provide others with abilities, aspirations and hope, all of which we need so badly. ■ The writer is the rabbi of the Western Wall and holy sites.