Parashat Vayehi: ‘The yoke’s on us’

Why would a loving father, foretelling a glorious future for his son Issachar, choose such a bizarre metaphor to describe him? 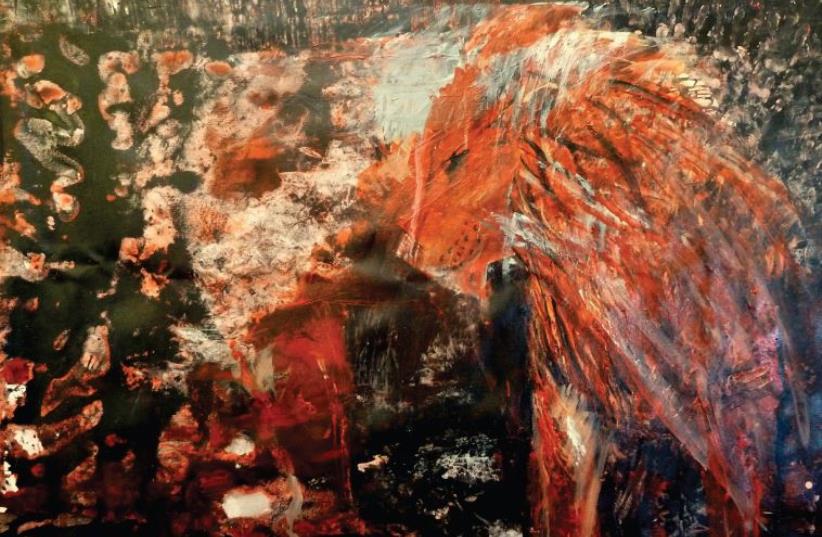 Painting by Yoram Raanan
(photo credit: YORAM RAANAN)
Advertisement
In this week’s Torah portion, Vayehi (Genesis 47:28-50:26), our forefather Jacob calls one of his sons, Issachar, a “thick-boned donkey.” Surprisingly, not only does Issachar not take umbrage at his father’s description, but he remains quite convinced that his father is not just complimenting him, but is blessing him.Our sages take things even further. For them, Jacob’s calling his son a donkey is his way of expressing a prophetic prediction: Issachar’s descendants will have a prestigious role in Jewish history. They will become our people’s supreme Torah authorities.Why would a loving father, foretelling a glorious future for his son Issachar, choose such a bizarre metaphor to describe him? Admittedly, Jacob compares some of his other sons to a variety of animals. But those sons were no doubt quite pleased to be designated “majestic lions” (Judah), or “lovely fawns” (Naphtali).Even Dan and Benjamin could, albeit perhaps grudgingly, come to terms with being likened to “a serpent by the road” or “a ravenous wolf.” But “a thickboned donkey”? Issachar could not be blamed for finding that offensive.Yet our commentators insist that Issachar found Jacob’s choice of the term “donkey” inoffensive. Indeed, they consider it an apt metaphor for Issachar’s special qualities. To understand this, we must study the full text of the blessing that Jacob granted to Issachar: “Issachar is a thick-boned donkey, crouching down between the sheepfolds. For he saw a resting place that was good, and the land, that it was pleasant. He bent his shoulder to the burden, and became a toiling serf.”(Genesis 49:14-15) Jacob knew all of his sons well. He discerned their strengths and did not suppress his criticisms of their weaknesses. He insightfully recognized Issachar’s special qualities. While Issachar intuitively realized he didn’t have the leadership talents of Judah or the reckless courage of Simon and Levi, he was an idealist who set strong goals for himself, even in his early youth. He understood that in order to achieve those goals, he would have to persevere tenaciously over the course of long years. He was willing, even eager, to do so. He accepted the yoke of hard work and the burden of sustained effort.Knowing Issachar, Jacob chose to compare his characteristics to those of the donkey. With this comparison, he was both blessing Issachar with success, and he was complimenting him for his willingness to bear any burden and to even toil as a lowly serf in order to attain his lofty goals: a “resting place” and a “pleasant land.”Just as Jacob chose the metaphor “donkey” to best capture Issachar’s diligence, so did he select the term “menuha [resting place]” to symbolize Torah and the world of menuha that it engenders. He used the phrase “pleasant land” to refer to the land that Jacob so cherished, the Land of Israel.Intellectual mastery of Torah and remaining loyal to its ideals is a formidable challenge. Such mastery and such loyalty demand kabbalat ol malchut shamayim vekabbalat ol mitzvot, acceptance of the yoke of the Kingdom of Heaven and acceptance of the yoke of the mitzvot. For Jacob, Issachar’s stubborn willingness to submit to those yokes was best captured by the image of the “thick-boned donkey.”Steadfast commitment is a prerequisite for a life of religious menuha, of Torah. It is also required in order to possess the Holy Land, cultivate it, and protect it.Both Torah and the Land require that same stubborn commitment. The donkey willing to submit to its burden is also the perfect symbol for a people committed to building and defending Eretz Yisrael.The Targum (Aramaic) translation of the Bible, written by the ancient sage Onkelos, treats the last phrases of the verses quoted above in a dramatic and almost shocking manner. The words “he bent his shoulders to the burden and became a toiling serf” are rendered by Onkelos as follows: “He will vanquish the lands of the nations, defeat their inhabitants, and those that survive will serve him and pay him tribute.”Thus, the term “thick-boned donkey” conjures up diverse images for our sages. The best-known view sees Issachar bent under the burden of Torah study until he finally becomes the model talmudic sage. The Midrash sees the donkey as akin to the early Zionist halutz (pioneer), who persists in his mission of settling the arid desert, causing it to flower, and protecting it from marauders.For Onkelos, the donkey is the symbol of the Jewish soldier, stubbornly holding on to every inch of the hotly contested battlefield.Among my favorite 20th-century rabbinic writers was a man named Elimelech Bar-Shaul, a former rabbi of Rehovot, who died 50 years ago. In a collection of his sermons titled Min Habe’er, he agrees that the stubbornness of the “thick-boned donkey” is needed for achieving both Torah prowess and sovereignty over the Land of Israel. But he goes further: “Just as Torah study must be refreshed and renewed constantly, so does our appreciation of the Land of Israel require renewal. Torah cannot be taken for granted; neither can the Holy Land. We must continuously deepen our love for the Land of Israel, just as our Torah study must always strive for greater depth. Each morning, we must be newly impressed by Torah, and with every dawn, we must appreciate our land anew.”Rabbi Bar-Shaul coined a phrase that has remained with me ever since I first encountered it soon after his premature death: “The rabbis speak of the yoke of Torah.There is also the yoke of the Land of Israel.”Issachar is the archetype of the one who bears both the burden of Torah and the burden of the Land of Israel.He submits to both yokes. It might be difficult for the rest of us to feel comfortable with the title “thickboned donkey.” But we must at least understand that this title is a symbol of our stubborn submission to the twin yokes of Torah and Israel.

The writer is a rabbi and doctor of psychotherapy. He is executive vice president emeritus of the Orthodox Union of North America. This column originally appeared on www.ou.org.
Advertisement
Subscribe for our daily newsletter