"Behold, it is a nation that shall dwell in solitude, and among the nations shall not be reckoned" (Numbers 23:9). 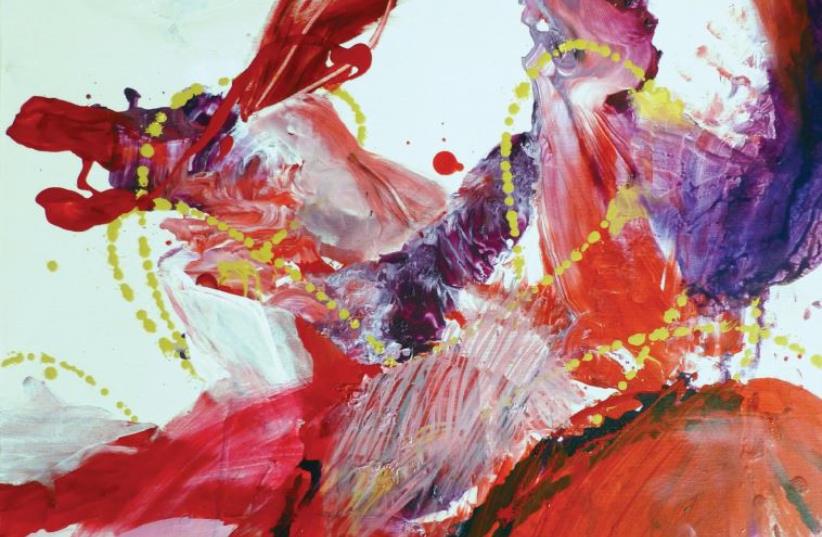 Painting by Yoram Raanan
(photo credit: YORAM RAANAN)
Advertisement
To what extent is Israel the “peoplehood” expected to interact with other peoples and with other cultures? Are we supposed to keep very much to ourselves, as a nation set apart, lest we assimilate into other cultures and values and lose our unique life-cycle and morality, or would it be more salutary for us to become conversant with other ideas and ideals, absorbing those aspects of a cosmopolitan world that may enhance and even strengthen our special teachings while rejecting those foreign nations that may be deleterious and overwhelming? These two conflicting possibilities may very well reflect two opposing interpretations of a verse in the Book of Genesis, one of which was the clarion-call of Yeshiva University (at least at the time when I was privileged to have studied there as a student of Rabbi Joseph B. Soloveitchik in the morning and a major in Greek literature and philosophy with Prof. Louis Feldman in the afternoon).The Bible gives the genealogy of the descendants of Noah after the great deluge, including Japheth, among whose children was Javan (Yavan or Greece) and Shem, who was the forebear of Abraham, the first Hebrew. At the very outset of the genealogical history comes an uncharacteristic verse that has a prophetic and prayerful ring alongside of a nebulous phrase that may be taken in two ways: “May God grant broadening extension to Japheth, but He [God Himself] will dwell in the tents of Shem,” or perhaps the end of the verse may best be translated: “and he [Japheth] shall dwell in the tents of Shem” (Gen. 9:27).Hence, the verse may be taken to mean on the one hand that although Greek philosophy, mathematics, science and literature will spread around, knowledge of God will be found exclusively in the tents of Shem; or on the other hand, that Greek wisdom will spread even to the Divine tents of Shem, to create a synthesis within society, or within one learning institution between God’s word studied in a yeshiva alongside the secular wisdom of a university. In the words of the Midrash, “the beauty of Greece will dwell within the tents of Shem”; hopefully the Torah of Shem will sanctify the philosophy, the science and the literature of Shem to enable our Parent-in-Heaven to feel “at home” within the aesthetic expressions of our culture and the scientific inventions of our laboratories.Although the sages of the Talmud praised the Greek language and even Greek philosophy, mathematics and science, as did many Jewish philosophers such as Maimonides, the “yeshiva world” of haredi (ultra-Orthodox) leadership during the last two centuries bitterly denounced Yeshiva University’s synthesis, insisting that the philosophy and science of Japheth would ultimately force God Himself to leave the tents of Shem.These naysayers would often cite the verse quoted in the opening of this commentary, the words of the false prophet Balaam, to prove the truth of their thesis: “Behold, the nation Israel must dwell in solitude, without taking into account the wisdom of the gentiles and without the gentiles taking into account our wisdom” (Numbers 23:9). We and our Torah must remain untouched by the gentile world and live in splendid isolation in order not to be contaminated by their evil ways! So the haredi population in Israel today refuses secular study to prepare their children for any academic life other than exclusive Torah study.This cannot be the correct interpretation of this verse. Firstly, because that is not how Targum and Rashi (ad loc) interpret the words. They explain it to mean that Israel alone will inherit the world at the end of days (with the eventual triumph of right over might) and that while all other nations met their destruction after a period of powerful control, Israel will never be destroyed.Secondly, because of an amazing passage in Tractate Shabbat (75a): “Simeon b. Pazzi said in the name of R. Joshua b. Levi on the authority of Bar Kappara: He who knows how to calculate the cycles and planetary courses [astronomy of Babylon], but does not, of him Scripture says, ‘but they regard not the work of the Lord, neither have they considered the operation of his hands.’” The science pioneered by gentiles helps us to begin to understand and therefore to love the Lord God (Maimonides Book of Commands 3) The passage in the Talmud continues: “R. Samuel b. Nahmani said in R. Johanan’s name: How do we know that it is one’s duty to calculate the cycles and planetary courses? Because it is written, for this is your wisdom and understanding in the sight of the gentile nations.” Rashi (ad loc in the Talmud) explains that if we are to succeed in teaching the gentiles our laws of morality, which is our national mission (Laws of Kings 8, 10), we must be expert in the science that they (the gentiles) know, understand and appreciate.And especially now that we have returned to Zion and are an important and powerful player in a world arena threatened by nuclear destruction, it is crucial that our military, intelligence and political expertise as well as our scientific and business acumen be recognized and respected by the world community, so that we may truly be an influence for world peace and morality.We dare not be splendidly isolated; we must be meaningfully involved. ■ Rabbi Shlomo Riskin is founder and chancellor of Ohr Torah Stone institutions and the chief rabbi of Efrat. His latest book, The Living Tree: Studies in Modern Orthodoxy, is available from Maggid Books, a division of Koren Publishers Jerusalem.