It’s a time for ensuring that we have healthy relationships in our communities, conduct disagreements with grace, refine relationships with rabbis and ensure that we treat each other with respect. 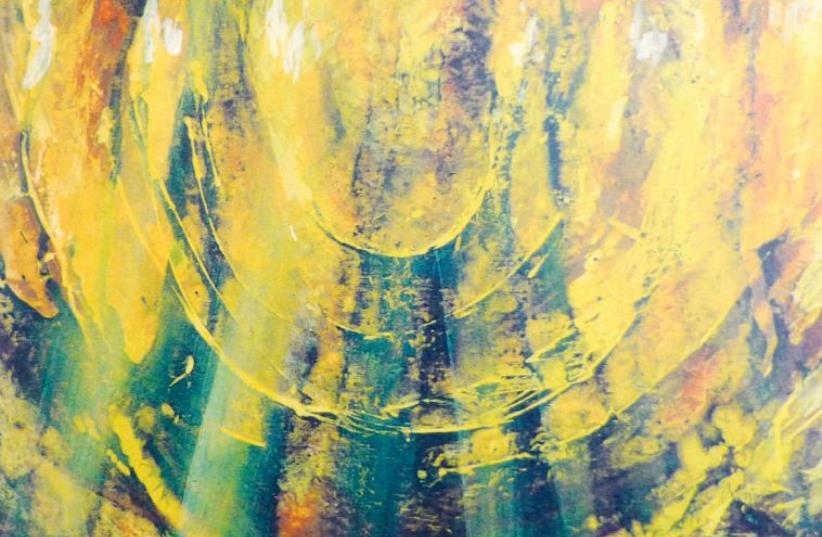 Painting by Yoram Raanan
(photo credit: YORAM RAANAN)
Advertisement
"And you shall command the children of Israel, and they shall take to you pure olive oil, crushed for lighting, to kindle the lamps continually" (Exodus 27:20)"Make sacred garments for your brother Aaron for dignity and honor"(Exodus 28:2) Jews argue. Sometimes, it’s about big issues, often it’s just personality clashes. Among our bitterest battles can be the disputes between rabbis and their communities. Rabbis feel that they and their Torah are disrespected, while communities complain that the rabbi lords it over them.Parshat Tetzave discusses the ceremonial clothes worn by the High Priest which are made “for dignity and for honor.” The rabbinic analysis of this “dignity and honor” offers fascinating perspectives on how we can avoid bitter conflicts and have healthy relationships with our spiritual leaders.The Torah certainly demands respect for our spiritual leaders. The Ramban (Nahmanides, 13th century) tells us that the High Priest’s majestic attire matched the robes worn by contemporary kings. These exquisite clothes could be worn only if they were in pristine condition and a perfect fit for the High Priest. While there were no specific robes for the rabbis, the sages of the Talmud demanded similar deference for scholars who teach the word of God with integrity and compassion.“The rabbis are our kings” (Gittin 62a), they proclaimed.Paradoxically, the clothes that the High Priest wore for his honor and dignity were not his own. To be fit for their purpose, they had to be the property of the entire nation. Rabbi Samson Raphael Hirsch (19th century) explains that this reflects the High Priest being the spiritual advocate for the Jewish people.Without the clothes, he would stand alone before God circumscribed by all his personal failings, but correctly robed, he becomes our representative, embodying the nation with the authority to plead on our behalf before the heavenly court.Priests are not always perfect and one might wonder whether a sinful priest should advocate on our behalf even if he is regally dressed in the nation’s clothes. The Talmud answers that the correct clothing brings the High Priest atonement. Each garment was associated with a possible sin and atoned for it. Trousers atoned for lewdness; the miter, worn high on his head, atoned for arrogance; and so on. Each time he dressed, the High Priest underwent a miniature Yom Kippur, honing his humility and cleansing his soul.With the High Priest undergoing such a regular process of purification and immersed in a life of spirituality within the Temple, how was he to relate to the nation, who could not live their entire lives in this elevated state? Perhaps his clothes can supply one more clue. Hirsch taught us that when dressed in the nation’s clothes, the High Priest represented them before God. I’d like to add one more dimension, based on my experience as a rabbi in London.My community did not own my clothes, but we lived in the rabbi’s residence, so they did own the roof over our heads; I suspect the effect was similar. Each time I turned my key in the front door of our house, I was reminded that although I was their spiritual leader, I was also a servant of the community. My job was to respect every congregant regardless of his level of religiosity and to teach Torah in ways that were not only authentic to tradition but also meaningful and relevant to them. The people must honor the priest, but the priest must also honor the people.The Talmud (Shabbat 88a) tells us that as the Jewish people accepted God’s Torah on Mount Sinai, angels flew down from the heavens placing a crown on the head of everyone present. This beautiful parable suggests that by willingly accepting God’s law, not only priests, but every Jew was crowned as a sovereign.But there is a problem. If everyone got a crown, then everyone was equally regal. Over whom could they rule? Based on the interpretation of Rabbi Tzadok Hakohen of Lublin, my teacher, Rabbi Dovid Ebner, beautifully suggested that as each person saw the crown on their neighbors’ heads, they learned to recognize the greatness in each other and to show respect for everyone.This attitude of mutual respect was powerfully demonstrated to me during my yeshiva years. The Har Etzion Yeshiva was headed by two great scholars, Rabbi Yehuda Amital and Rabbi Aharon Lichtenstein, who were famed for their close relationship. They did not agree on everything; sometimes their scholarship led them to differing conclusions. But their mutual respect and integrity meant that they readily made room for each other’s opinions. When they were asked for the secret of the success of their partnership, it emerged that each scholar looked on the other as the “real” rosh yeshiva; each treated the other as the true king. The result was that they honored each other, and we their students honored them both.No community can live without any conflict at all.The ninth of Adar marked the anniversary of some of the bitterest disputes between the Talmudic schools of Hillel and Shammai. It used to be a fast day atoning for inappropriate conflict in our communities (Shulhan Aruch, Orah Hayim 580). That fast has fallen into abeyance, but its message remains important.That’s why the Pardes Center for Judaism and Conflict Resolution has designated this time as the Jewish Week of Constructive Conflict. It’s a time for ensuring that we have healthy relationships in our communities, conducting our disagreements with grace, refining relationships with our rabbis and ensuring that we always treat each other with the utmost respect. In this way, we can imitate Aaron the High Priest, who was famed for loving peace and pursuing it (Ethics of the Fathers 1:12).

Painting by Yoram Raanan; ; www.facebook.com/RaananArtThe writer is the United Synagogue’s rabbi in Israel. For more about the 9 Adar Project: Jewish Week of Constructive Conflict, go to www.9Adar.org