Let us remember that we are a strong nation with frightened and vulnerable strangers among us. 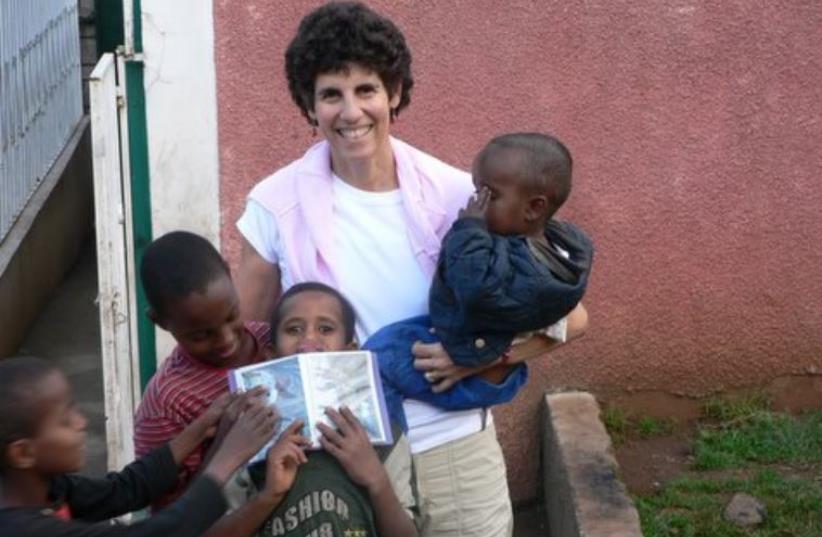 Melissa Fay Greene
(photo credit: Wikimedia Commons)
Advertisement
“And you shall command the people of Israel, that they bring you pure beaten oil olive for the light, for the lamp to burn always.” -Exodus 27:20 I am a Reform rabbi and a passionate advocate of Prophetic Judaism.That’s not to say that ritual practices are not important to me. Shabbat, kashrut, holidays are all essential practices in my life and family. But to me, they are not ends in themselves. Rather, they are building blocks for something more transcendent and transformative – a just, compassionate, curious and innovative society that seeks, ultimately, to heal our brothers and sisters, our relationships, our societies, and our planet.The term “Prophetic Judaism,” as recounted in Melissa Fay Greene’s rich, vivid, compelling book, The Temple Bombing, was coined around the time of the 1958 white supremacist attack on a Reform synagogue, called The Temple, in Atlanta, Georgia, that was led by civil rights activist Rabbi Jacob Rothschild.Greene writes, “Rothschild was not the only southern rabbi in the 1950s to make a connection between the words of the Prophets and the [African American] movement for civil equality. A dozen or more southern rabbis stood for integration…. Because of these dozen, more or less, the phrase ‘prophetic Judaism’ entered the modern lexicon of the Reform Movement…” Rabbeinu Bachya of Spain, a student of Nahmanides in the 13th century, sees humanitarian intent in the minutiae. Perhaps this stemmed from his own life in Spain where Jews were robbed and killed by Crusaders, and forced to wear yellow badges “for their own safety.” To this compassionate purpose, Bachya brings the interesting juxtaposition of two ideas in Proverbs 27:8-9 to the verse on pure oil for the ner tamid (Eternal Light): “Like a sparrow wandering from its nest/ Is a man who wanders from his home. Oil and incense rejoice the heart/ so is the sweetness of a friend better than one’s own counsel.”The ner tamid and our obligation to the stranger are one and the same. This ritual law is a light unto our nation and unto all nations, a reminder that the minutiae must, themselves, be lights that illuminate a path of righteousness.Let us remember this when we are, like Rabbeinu Bachya, a frightened and vulnerable stranger in a land not our own – and, more urgently, when we are a strong nation with frightened and vulnerable strangers among us.

The writer is the founding director of JustAdopt and its synagogue-based adoption program, Child- Hood. She is the author of the upcoming Casting Lots: Creating a Family in a Beautiful, Broken World (Da Capo Press, April, 2016) which is available for pre-order. She thanks Rabbi Barry Leff for introducing her to Rabbeinu Bachya.
Advertisement
Subscribe for our daily newsletter