See how well you do on April's quiz dedicated to the letter 'A'. 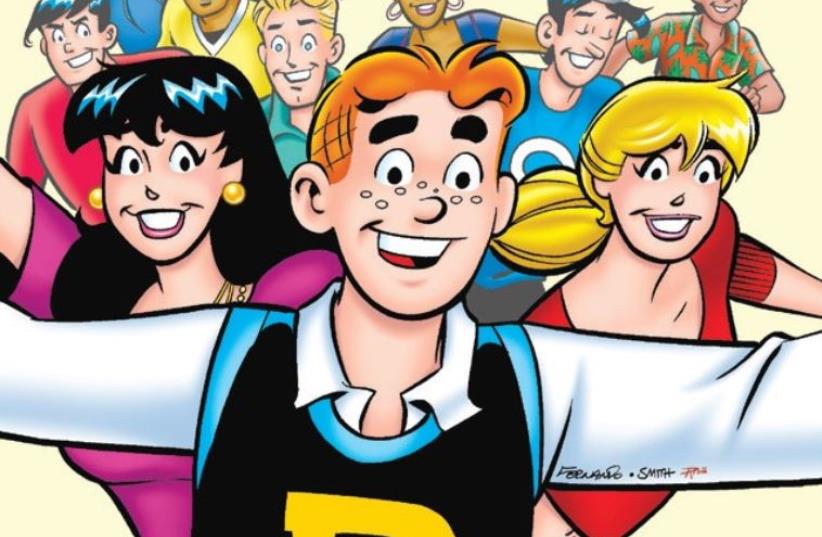 Archie and the gang
(photo credit: ARCHIE COMIC PUBLICATIONS)
Advertisement
Welcome to the April edition of the monthly Trivia Quiz. As “April” begins with “A,” the theme of this quiz is the letter A. Hence, all the questions and/or answers revolve around the letter A.1. Who starred in the 1984 film Amadeus? 2. In what US state is the city of Albuquerque located? 3. Who wrote the 1925 song “Always” as a wedding gift for his wife? 4. In the Archie comics, what is Archie’s last name? 5. What was the middle name of inventor Thomas Edison? 6. What actor played the title role in the 1966 film Alfie? Who assumed the role in the 2004 remake? 7. Who starred in the 2001-2006 TV series Alias? 8. What band released an album in 1966 called Aftermath? 9. Who wrote the 1914 short story “Araby”? 10. Who played Col. Hannibal Smith on the 1980s TV series The A Team? 11. Who directed the 1997 film Amistad? 12. What does the acronym AIDS stand for? 13. According to the classical tale, what did Androcles do to earn the affection of a lion? 14. What is the name of the highest uninterrupted waterfall in the world? 15. Who co-starred in the 1960 Oscar-winning film The Apartment? 16. What is the capital of New York State? 17. In what city in India is the Taj Mahal located? 18. Respectively, what are arachnophobia, acrophobia and agoraphobia the fears of? 19. According to Greek mythology, what was the food of the Olympian gods called? 20. What does the “A” stand for in the name of the US basketball team the Oakland A’s? 21. In what body of water is the island of Aruba situated? 22. In what film does Al Pacino initiate the protest chant “Attica! Attica!”? 23. What bird symbolizes a curse in Coleridge’s 1798 epic poem The Rime of the Ancient Mariner? 24. “Take the ‘A’ Train” was the signature tune for whose jazz orchestra? 25. In the zodiac, is Aquarius an air sign, a water sign, an earth sign or a fire sign?ANSWERS1. Tom Hulce2. New Mexico3. Irving Berlin4. Andrews5. Alva6. Michael Caine; Jude Law7. Jennifer Garner8. The Rolling Stones9. James Joyce10. George Peppard11. Steven Spielberg12. Acquired immune deficiency syndrome13. He removed a large thorn from its foot pad14. Angel Falls, in Venezuela15. Jack Lemmon and Shirley MacLaine16. Albany17. Agra18. Spiders; heights; enclosed public spaces19. Ambrosia20. Athletics21. The Caribbean Sea22. Dog Day Afternoon23. The albatross24. Duke Ellington’s25. The Water Bearer is an air sign.