Holocaust denier David Irving: 'I'm not an anti-Semite, yet'

"The Jews should ask, Why us? Maybe it’s how they have acted over the thousands of years. Maybe it is all our fault," Irving tells 'Post' from Latvia, where he is touring death camps. 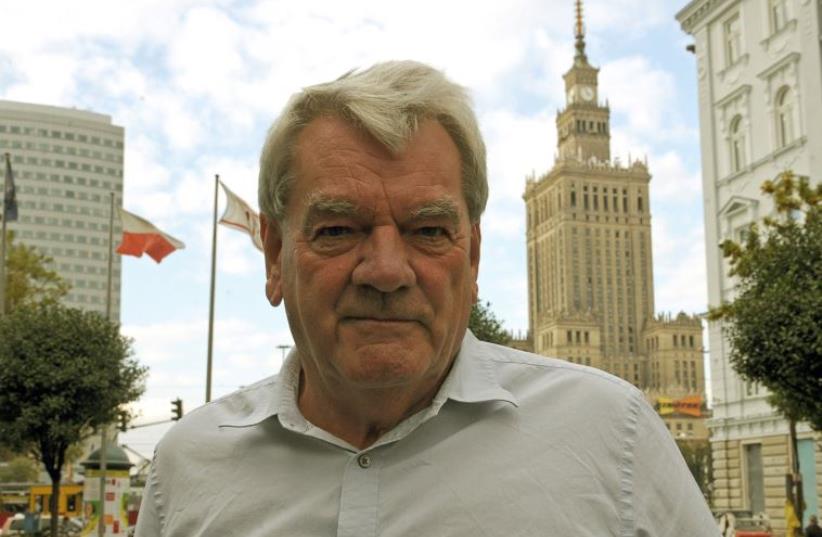 David Irving poses for a photograph in Warsaw
(photo credit: AFP PHOTO / JANEK SKARZYNSKI)
Advertisement
David Irving, a convicted British Holocaust denier, is currently leading a nine-day tour of former concentration camps in Latvia and Poland. Irving was jailed in Austria in 2006, but in 2010 began running tours of death camps and World War II sites, to the dismay of many Jewish community groups and Holocaust memorial organizations who have accused him of re-writing history and insulting the memory of Holocaust victims."Don't miss this lifetime adventure! Make up your own mind about the truth," reads an advert for the tour entitled "The Real History Tour of the Wolf's Lair," as it includes a visit to Hitler's military headquarters. Irving is known for calling into question traditional historical account's of Adolf Hitler's role in World War II, even portraying him in a favorable light and going as far as to claim that he was not aware of the Holocaust. The disgraced historian has also battled against accounts of mass-killings of Jews in gas chambers, branding their existence as a "hoax" and "fairy-tale." The Jerusalem Post caught up with Irving at the beginning of his current tour, to find out exactly what his controversial trips entail.What have you done so far on your tour?We started in Riga, Latvia, two days ago; spent the day today going over the execution sites at Rumbula (10,000 shot in two days) and the concentration camp at Salapils, and witnessed the train station at Skirotawa where 1,000 Berlin Jews were unloaded on November 30, 1941. We were the only people at these sites, perhaps because of heavy rain; I equipped all members of my tour party, thirteen strong, with free umbrellas. Who are the guests on your tour? Are any of them Jews?We are all nationalities,  including a Russian, three Americans, two Britons, a New Zealander, a Canadian, a Frenchman and Swede; there may be more but those are known to me. Three of them are lawyers and two are US Judges  from Seattle, I do know that. I don’t know if any are Jews, I have not asked. They would be welcome on the tour, provided they abide by our ground rules (decent behavior at all times, etc.). Last year we had twenty-four  guests.What is the purpose of your tours? People confused by the conflicting versions of history, who want to ask questions: why the Jews were victims, and what is the truth? More and more people contact me out of the blue and don’t know what to believe. I take them to the sites of Operation Reinhardt, the worst killing operations, and let them see for themselves.Organizations and individuals have spoken out against your tours, saying that they should not be allowed, since you disrespect the memory of the Holocaust and make money off it. What is your response to this?  My welcome letter to the guests included this final sentence: “On a somber note: some of the sites we visit are the scenes of great tragedy, and I hope that all my guests will act there fittingly.” I included this, after three years ago an incident at Sobibór gave cause. It is like any other operation, some years I break even, some I make a less, some I make a profit. “Make money off” the Holocaust? I am a historian and writer, not a travel agent. The tour will cost about £2,000 next year again, including internal costs, all hotels and meals, and transport in Poland for eight or nine days.

With anti-Semitism rampant in the UK and Europe, don't you think tours like these might fuel this? The Jews should ask, Why us? It is not for me to ask that question. Maybe it’s how they have acted over the thousands of years. Maybe it is all our fault. Our Riga tour includes the NKVD  headquarters, and the Skirotawa train station, where Jews also played a role.Some people describe you as an anti-Semite - what do you say to this? No. Despite everything. Not yet.