Report: Kim and Kanye to return to Israel for son Saint's baptism

Following April baptism of daughter North in Jerusalem, Hollywood couple is reportedly expected to baptize their second child, Saint, in the Holy Land in coming months. 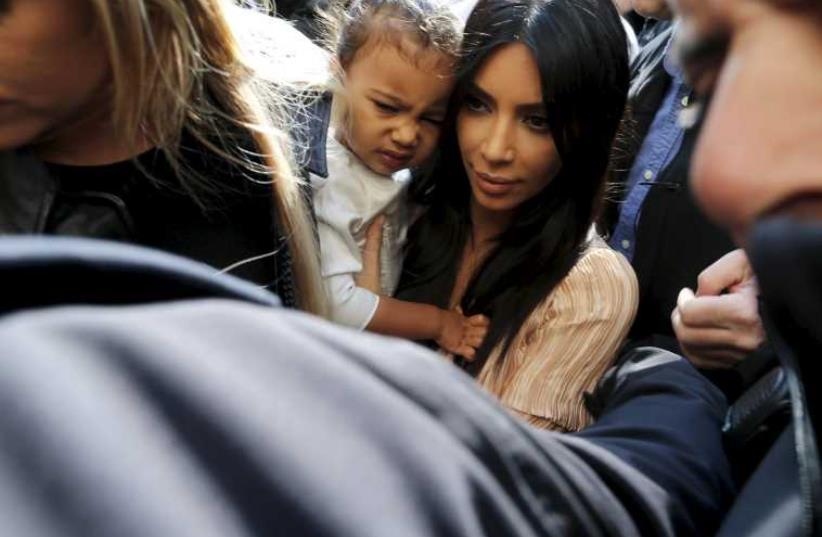 U.S. reality TV star Kim Kardashian (C) holds her toddler daughter North West as they arrive for a baptism ceremony at the Cathedral of Saint James in Jerusalem's Old City April 13, 2015.
(photo credit: REUTERS)
Advertisement
It isn't easy "keeping up" with the internationally jet-setting Kardashians.But, according to Wednesday reports, the reality television star Kim Kardashian and her husband rapper Kanye West are expected to travel again to Israel in the coming months to baptize their second child.Kardashian on December 5 gave birth to son Saint, who like older sister North, is expected to be baptized in the Holy Land after the mom of two whips her body back into shape for the next couple of months, according to the Daily Mail.  In April, the Hollywood duo had their then 22-month old daughter baptized at a 12th century Armenian church in Jerusalem's Old City during a whirlwind visit to Israel. The celebrities flew to Israel after a five-day visit to Armenia, the Kardashian's ancestral homeland.