By JPOST.COM STAFF
DECEMBER 1, 2014 14:05
Prime Minister Benjamin Netanyahu sends off his son to the army
(photo credit: GPO)
Advertisement
You're in the army now! Avner Netanyahu, the youngest son of Prime Minister Benjamin Netanyahu, began his three-year mandatory army service on Monday, enlisting in the IDF's Combat Intelligence Collection Corps. Like every soldier on the first day of service, Avner, accompanied by his famous parents, arrived at Jerusalem's Ammunition Hill. "Like any parents sending their child off to the army," Netanyahu said, "we are excited to see our son" begin his army service. He and his wife Sara were "full of pride" at the milestone of their son, and like "every home in Israel, we are no different."Netanyahu told his son to protect the country and protect himself, the proud father told reporters. In a personal note to other soldiers drafted that day, he wished them success and reassured other parents that "everything will be OK." 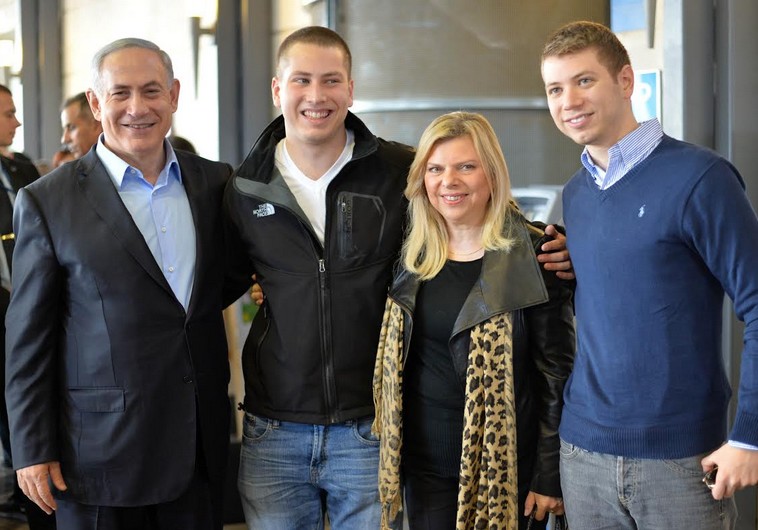