A number of renowned Jewish actors and actresses grace this year's shortlist for the prestigious television award. 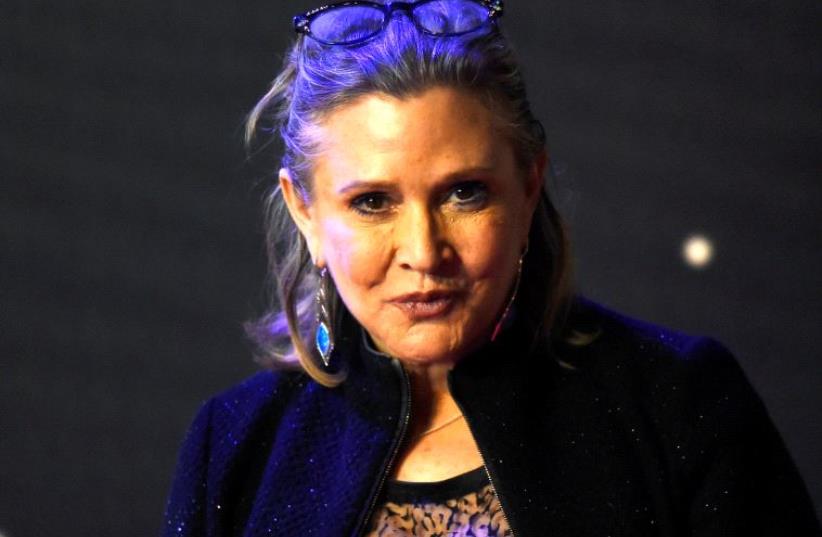 Actress Carrie Fisher dead at 60
(photo credit: REUTERS)
Advertisement
A considerable amount of Jewish actors and actresses grace 2017's shortlist for the prestigious Emmy TV awards, which was released Thursday night. Among the performers who stand a chance to rake in an award in the September 17 ceremony are some heavyweight Jewish household names. First and foremost is the late Carrie Fisher, who passed away last December at 60. The beloved actress, forever remembered for her iconic portrayal of Princess Leia's character in the Star Wars series, was posthumously nominated in the category of Best Actress in a Comedy Series for her role in the British sitcom 'Catastrophe.' Evan Rachel Wood joined other nominees in the Drama Actress category for her role in the American sci-fi western thriller series 'Westworld.'

Liev Shreiber, star of crime drama 'Ray Donovan,' has been nominated for best Drama Actor for playing the title character in the show. Hank Azaria was nominated for Guest Actor for a Drama Series for his part in the same show.

James Corden the Late Late Show garnered a nomination in the Variety Talk Series category. It already brought home two Emmys last year for Outstanding Variety Special and for Outstanding Interactive Program. Corden has been quoted as saying, "I'm not Jewish, but all my friends are." The comedian has also performed for the World Jewish Relief fund. Hagar Ben-Ari, the show's bassist, is Israeli.

Actress Jackie Hoffman, who portrayed Joan's Crawford housekeeper Mamacita in 'Feud: Bette and Joan,' got a nomination in the Supporting Actress in a Limited Series or Movie. Last but not least are the actors who bring a smile to our faces. Jeffrey Tambor was nominated for the Comedy Actor award for playing a transgender professor in the much-discussed show 'Transparent,' and Pamela Adlom was nominated in the Comedy Actress category for playing working actress Sam Fox in 'Better Things,' the comedy-drama she co-created with comedian Louis CK.