Concerns about the connections between Donald Trump and Vladimir Putin have been growing as of late. 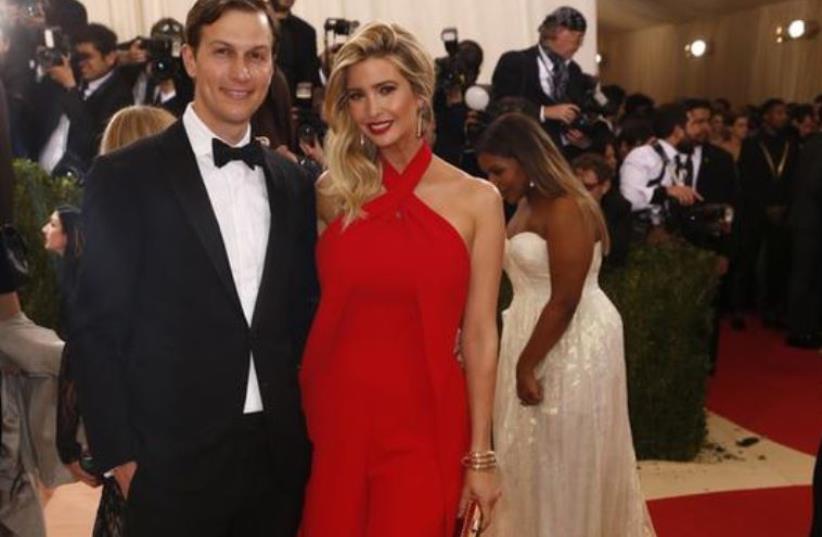 Ivanka Trump in Ralph Lauren and husband Jared Kushner
(photo credit: REUTERS/LUCAS JACKSON)
Advertisement
Conspiracy theorists took to the internet en mass recently when Ivanka Trump was spotted vacationing in Croatia with Wendi Deng Murdoch, the Hill reported Monday.According to a US Weekly report in March of 2016 Deng Murdoch, the Chinese-American actress, is rumored to be dating Russian President Vladimir Putin.Concerns about the connections between Donald Trump and Vladimir Putin have been growing as of late.A former top CIA official attacked Donald Trump on Friday as a danger to national security, saying President Vladimir Putin had made the Republican presidential candidate an "unwitting agent" of Russia.Putin had flattered Trump into supporting positions favorable to Russia, Michael Morell, a longtime CIA officer and former deputy director of the agency, said in an opinion piece in The New York Times."In the intelligence business, we would say that Mr. Putin had recruited Mr. Trump as an unwitting agent of the Russian Federation," Morell said, in an article in which he endorsed Trump's rival in the Nov. 8 election, Democrat Hillary Clinton.An insider source close to the Russian leader told US Weekly that the "relationship is serious."Deng Murdoch has denied that the rumors are true.


Reuters contributed to this article.
Advertisement
Subscribe for our daily newsletter