Muslim tourists to the country were worried that the hot dogs did not abide by Muslim dietary laws. 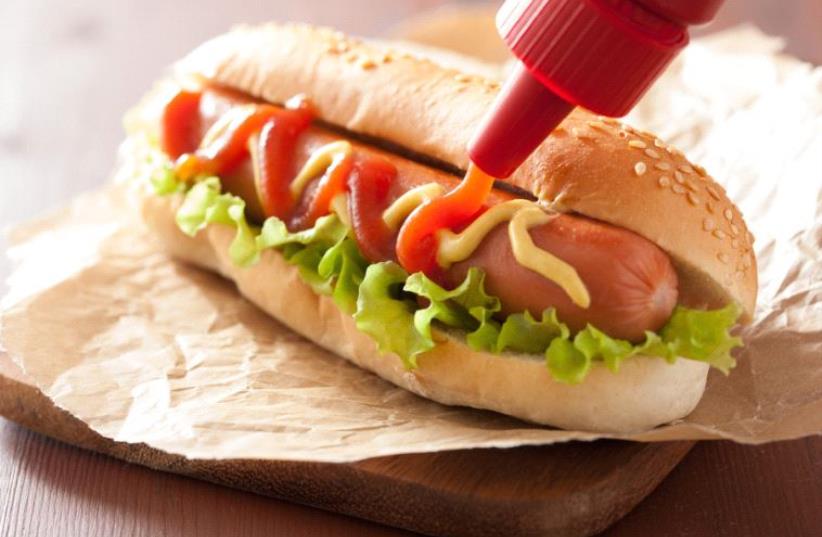 Hotdog
(photo credit: ING IMAGE/ASAP)
Advertisement
Good luck trying to get a hot dog in Malaysia. Though it may be common knowledge to many that hot dogs do not contain dog meat, the Malaysian government said it will soon require food establishments to give hot dogs a different name, according to AFP on Tuesday.Places that do not rename their hot dogs could lose halal, or Muslim dietary, certification.The decision came about following complaints from Muslim tourists to the country, according to Sirajuddin Suhaimee, who is the Malaysian Department of Islamic Development's halal division director.Suhaimee said that "In Islam, dogs are considered unclean and the name cannot be related to halal certification.""Any (halal) products that make consumers confused, we have to change," he added.AFP said that hot dogs are a popular fast food in the Muslim-majority country and the decision has drawn ridicule on social media. One Facebook user jested for pet shos to "please rename ur dogs as sausages."American company Aunti Anne's, which specializes in pretzel products and has 45 Malaysian branches, said it would comply with the ruling and rename its pretzel-wrapped hot dogs. "It's a minor issue," said the company's Malaysia executive, Farhatul Kamilah Mohamed Sazali. "We are fine with changing the name and are still working on it."