Nuptials over in a flash after Saudi bride shares photos of wedding ceremony via social media app. 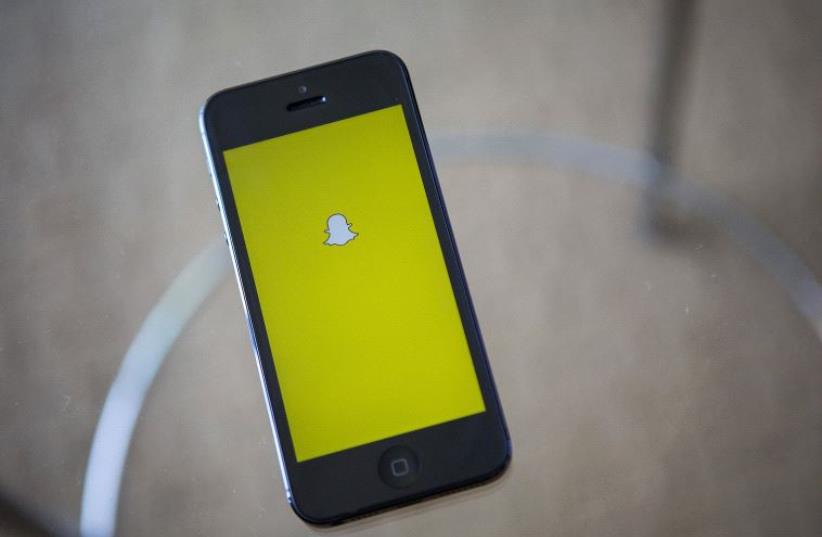 A portrait of the Snapchat logo
(photo credit: REUTERS)
Advertisement
In what could be described as a shotgun divorce, or snapshot divorce, a Saudi groom ended his recent marriage in a flash over his bride's use of the social media platform Snapchat. The nuptials were said to have lasted only slightly longer than the time it takes an image to quickly self-destruct on the popular mobile app. The matrimony was dissolved with the snap of a finger, after the bride reportedly infringed on a prenuptial agreement that prohibited her from sharing photographs or videos via social media. Instead of being swept off her feet, the new bride was swiped away by her groom as he filed for divorce a mere two hours after the ceremony, according to Saudi media. The bride's brother reportedly told Saudi outlet Okaz on Monday that the clause that stipulated that the woman would not use social media applications such as Snapchat, Instagram and Twitter to share images.“It was included in the marriage contract and became binding. Regretfully, my sister did not honor the pledge and used Snapchat to share pictures from the wedding ceremony with her female friends, resulting in the shocking decision by the groom to cancel their marriage and call for divorce,” he was quoted as saying.