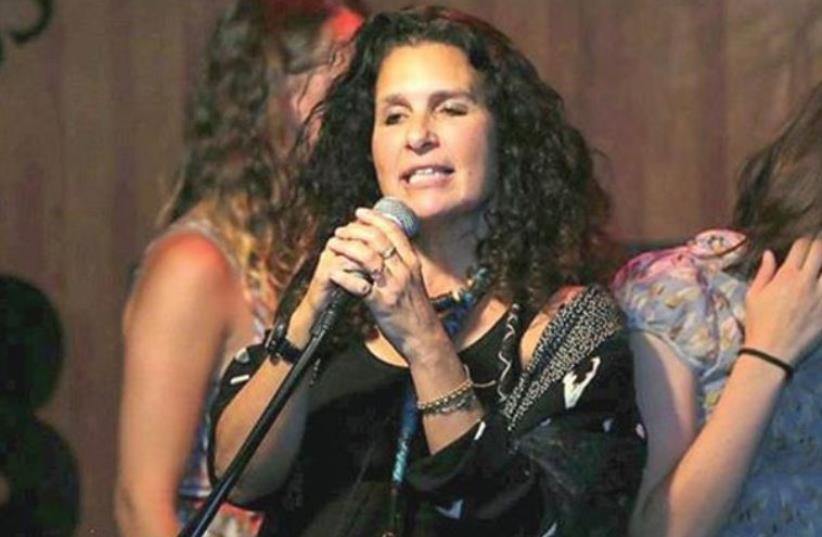 Tracey Shipley
(photo credit: Courtesy)
Advertisement
Hands up all those parents who have nervously waited up for their teen-aged offspring to return from an evening/night out on the tiles in Jerusalem. You sit at home, doing your best not to fret, hoping that your “little” loved one will return in one piece and, if possible, at a half-decent hour, while conveniently consigning the memory of your own wilder teenage years to some faraway cerebral recess.Tracey Shipley is doing her damnedest to preclude the above parental angst by providing Jerusalem youngsters with a safe environment where they can have a good time, and all without potentially damaging nicotine, alcohol and narcotic augmentation.Shipley’s initiative goes by the name of Sobar, and will be Jerusalem’s first alcohol-free live music club for youth, located on Shoshan Street in the center of town.The venture will run under the auspices of the Musrara Community Center.Naturally, the whole very welcome endeavor hinges on finances. Shipley has spoken to just about every possible local sponsor going, including the Jerusalem Municipality, but largely to no, or little, avail. She has come up with the odd – gratefully received – contribution but is still short on readies to close the contractual deal. The latter has to be a done and dusted thing this week.At this late hour in the long club gestation process, Shipley is putting on the alcohol- and smoke-free community Woodstock Fest, today, at the Even Yisrael Amphitheater off Agrippas Street. The fun kicks off at 4 p.m., and will run until 11 p.m. The program takes in wholesome yoga, tai chi and meditation slots, as well as juggling, Spoken Word and a drum circle, with a bunch of creativity-oriented workshops also in the offing.Naturally, you can’t very well invoke the name of Woodstock without proffering commensurate musical entertainment, and there is plenty of that in store for festival attendees. Iconic American-born rock singer Libi is lending her considerable talents and magnetism to the Sobar cause, and will join forces with acclaimed rock violinist Michael Greilsammer and the Sobar Band in a medley of Sixties hits. Also on the music roster are the Still Grateful – Grateful Dead tribute – band, as well as Pritzat Disc who will bang out Led Zeppelin material, while prog rock devotees should dig the King Crimson show dished up by Fixed Stars. Meanwhile, folkies will be happy to note the inclusion of the Russell and Ruthi tribute to Neil Young, Joan Baez and Judy Collins, while a bunch of talented youngsters will proffer their own readings of numbers originally performed for the half a million or so who made it to Max Yasgur’s farm in 1969.“This will be the performance space,” Shipley explains, making an expansive gesture towards a roomy arched niche in the old building on Shoshan Street. The facility is clearly still a work in progress.Coils of wiring, dusty chairs and all manner of electrical and musical paraphernalia have to be negotiated as you pick your way about the old vaulted premises. But, judging by the promising state of the aforesaid future gig berth, Shipley means business, and her blood, sweat and tears appear to be yielding the desperately sought after fruits. The walls and ceiling have been nicely spruced up and, while the pockmarks of time are still visible, the impression was that Sobar is just on hold – for the aforementioned injection of finances – and ready for lift off.According to Shipley, it won’t be a moment too soon.“I have friends who have lost a child to drugs and alcohol,” she says. “And lots of people are scared to go to downtown Jerusalem on a Thursday because they are afraid of some of the young people out on the street, who are drinking.”I am reminded of a former colleague at The Jerusalem Post whose then teenage son almost lost his sight in one eye when he tried to intervene in a violent brawl.Shipley just wants to get the thing up and running.She has been working on the idea for some years now, and is within touching distance of making the dream come true.“We have to come up with NIS 45,000 so we can sign the contract on June 10,” she states, “otherwise we have to take everything out. And this is going to be the rehearsal space, and where we are going to be teaching [music],” she says, as we move into another whitewashed, arched area, with strips of soundproofing foam dotted around. “This is like the Cavern in London,” she adds with a laugh. Said legendary venue, famous for hosting early Beatles gigs was, of course, in Liverpool, but one can forgive people from the western side of the pond for the odd inaccuracy about the British pop and rock scene in the Swinging Sixties.It has been all hands on deck.“We have the kids in here, painting and scraping, and getting the place ready,” says Shipley. The “kids” in question cover the 16-21 year age group. Sobar has washrooms, and even showers. “I’ve had the kids in here scrubbing,” she continues. “We want people to feel comfortable here.” And safe, too.Shipley has big plans for Sobar. A room on the upper floor has been designated as an artist-in-residence area.“And this will be a workshop space,” she explains as we move to another room on the upper level which looks down over a currently less-than-salubrious-looking inner yard. “That doesn’t look great right now but we’re going turn it into a patio, and get some urban greenery in there.”Shipley and her cohorts are clearly pulling out every possible stop to provide a place where youngsters can hang out together, and do their thing without having to worry about negative vibes. And that goes for their parents too.Hopefully, today’s Woodstock Fest will bring in the crowds and produce the funds Shipley needs to get that contract signed. Ticket prices range from NIS 50 for adults, to NIS 35 for under 18s, with kids under the age of 10 getting in for free.For more information: (054) 810-8918 and www.sobarjerusalem.net.