By MIRANDA LEVINGSTON
DECEMBER 31, 2015 13:59
Israeli model Bar Refaeli.
(photo credit: REUTERS)
Advertisement
With 2015 coming to a close, let's take a look at the 11 most important and influential moments in the media for the Jewish people. 1) While the protagonist, Piper, is no longer married to a NJB, Judaism once again plays an important role in the Netflix hit show, Orange is the New Black. Due to the switch to packaged and processed food in the dining hall of Litchfield prison, the kosher option is the only thing edible. One of the inmates, Cindy, in efforts to convert to Judaism, watches Woody Allen movies to learn about and embrace her new culture. When accused of only pretending to be Jewish to get better dining options, she retorts, "you think you know my life? Shabbat shalom, bitch!"2) Two weeks before the finale of Jon Stewart's "The Daily Show," senator Chuck Schumer helps Stewart reminisce about his time on the show and all the comical Jewish moments he's had in a segment titled “A Look Back: Let His People Laugh.” They play a montage of his best Jewish moments, including the use of Yiddish words such as shalom, mazel tov, schmutz, bubbe, dayenu, shpilkes, punum, minyan, meshuganah and bubkes.
Get More: Comedy Central,Funny Videos,Funny TV Shows
3) Leading up to the 2016 American presidential election, Bernie Sanders, a Jew from Brooklyn, announced his candidacy for the democratic nomination for president. As the sole congressman for the state of Vermont, he has worked on shrinking the gap between the rich and everybody else. In his past, he was a part of the civil rights movement, demanding equality and bringing to light a number of controversial issues in American society that are still prevalent today. 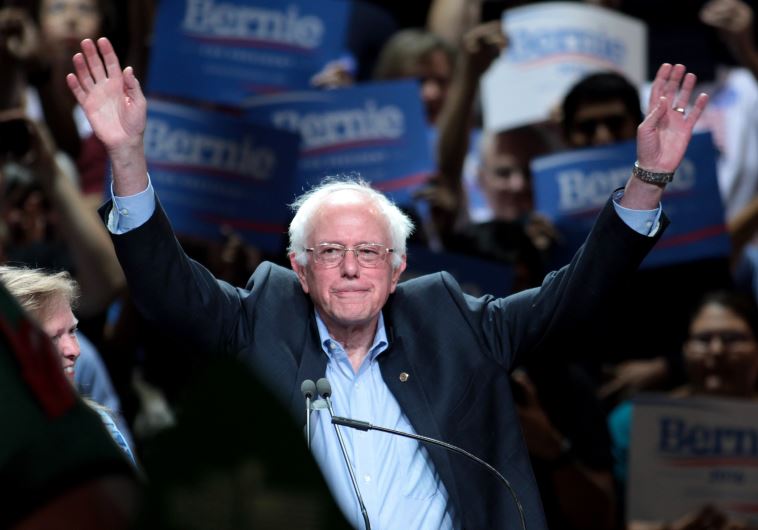 Bernie Sanders (Photo: Gage Skidmore)4) Bar Refaeli, Jewish and Israeli model, had a picture perfect wedding that graced the magazine covers and blogs in September 2015. In a custom design by French fashion house Chloe, she married Businessman Adi Ezra, whom she'd been dating since 2012. The couple tied the knot at the Carmel Forest Spa Resort in Haifa, Israel.

The happiest day of my life ! I married my best friend ✨ Live, Laugh, Love together forever More pics exclusively in @holacom magazine
A photo posted by Bar Refaeli (@barrefaeli) on Sep 30, 2015 at 12:21am PDT

5) It's been a big year for Josh Ostrovsky, better known to his 7.3 million Instagram followers as "The fat Jew." Gaining fame from his frequent and humorous memes commenting on the daily struggles of the world and adorable pictures of his pet dog, toast, he now owns his own label of wine and is a plus sized model. Close to creating a show for Comedy Central, his career took a significant hit when he was accused of stealing jokes without citing sources.

There's no better way to tell someone that you love them, hate them, or that they are your favorite raging diva than a greeting card featuring my insanely cute dog @toastmeetsworld. She teamed up with @officialshoebox to create amazing ones, which you should use because sending an e-card is a weird thing that my mom does (they always have creepy music), but buying someone a card lets them know that you cared enough to go to an actual store for them. http://bit.ly/1OozMRm (Photo: @kat_in_nyc)
A photo posted by thefatjewish (@thefatjewish) on Oct 8, 2015 at 1:56pm PDT


6) It's no secret that Drake, a Canadian rapper, is as Jewish as they come. Everything from his bar mitzvah spoof on SNL, to lyrics about his background, he is always voicing his pride for his ethnic identity. This May, he opened an exclusive sports bar and club in Toronto's Air Canada Centre to be open for all the Toronto Maple Leafs and Raptors' games. He named it Sher Club, the last name of his Jewish maternal grandparents.

7) Kanye West and his Wife Kim Kardashian West are among the many non-Jewish celebrities buying real estate in Israel. The Kardashian sisters, after a Kanye concert on September 30th at the Ramat Gan stadium, have reportedly been looking to buy apartments in a beach front building in Tel Aviv. Also this year, Madonna tried to make her home in the holy land when she began negotiations to buy a penthouse on Rothschild Boulevard in Tel Aviv. She has long had an affinity for Israel and the Jewish people due to her spiritual connection through kabbalah.

Kim Kardashian and Kanye West meet Jerusalem Mayor Nir Barkat in the Israeli capital (Photo: Jerusalem municipality)
8) "Star Wars: the Force Awakens," is the first Star Wars movie in over a decade. Star Wars fans, both young and old, made the pilgrimage to the movie theater on December 18th worldwide to watch their cult favorite spin out what is sure to be a new classic. The new flick made 250 million dollars in presale tickets, globally. And the director of it all, J.J. Abrams, is 100% Jewish. 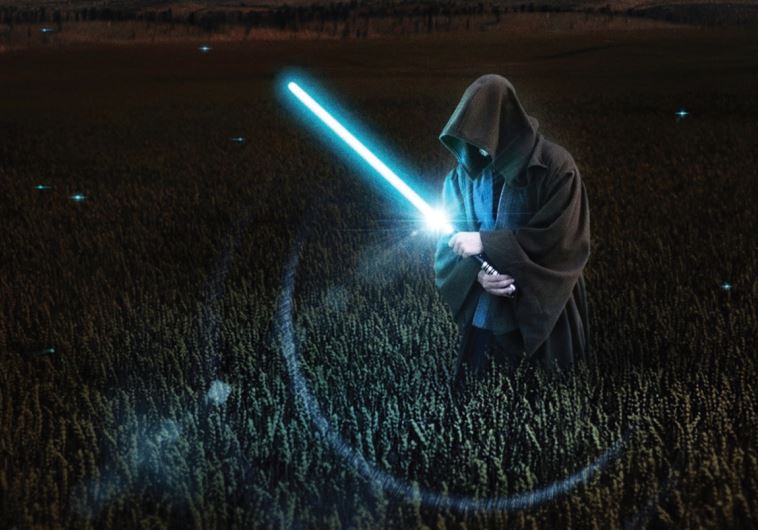 Photo: PR9) Annie Lebowitz, Jewish photographer, gives the Pirelli Annual Calendar a feminist update by photographing influential women as role models, not just as pinup models. Among others, she photographs Jewish comedian Amy Schumer, 5 time primetime Emmy Award nominee, who stars in Inside Amy Schumer, a comedy sketch on Comedy Central airing since 2013. She also wrote and starred in Trainwreck, a movie which got her nominated for Best Actress- Motion Picture Comedy or Musical by the Golden Globes. 10) Daily Beast's resident European Islamophobe Dana Kennedy, interviewed one passerby about the Charlie Hebdo attacks and responses during January of 2015. There was a march in solidarity, and Netanyahu was among the political figures at the frontlines. The Daily Beast's headline and the content of the article sloppily inferred that all Muslims believed the Jews were behind the attacks, as a sort of a conspiracy theory. Kennedy's evidence? One random Muslim passerby. Seriously. MSNBC's Chris Hayes mockingly asked Noah Schatman, Daily Beast's Editor in Chief, over Twitter, "an interview with one person and a few nodding onlookers= the 'verdict' of Paris suburbs? Come on." Eventually, the headline was changed to be slightly less offensive, but the damage had been done. 11) Matisiyahu may no longer be affiliated with the Chabad movement or have nearly as much facial hair, but his Jewishness was front and center once again in August at a Spanish music festival. European BDS protesters successfully forced Rototom Sunsplash Music Festival to disinvite him from playing for his refusal to declare his support for a Palestinian state. Matisyahu eventually was invited back on the terms that he was not a political figure and discrimination towards his performance was considered "a very serious act of political and religious discrimination to which the Spanish political authorities cannot remain on the sideline," Said El Pais. Matisiyahu defiantly played the song “Jerusalem” in front of a crowd that flew Palestinian flags. “Let music be your flag,” he said during his set. 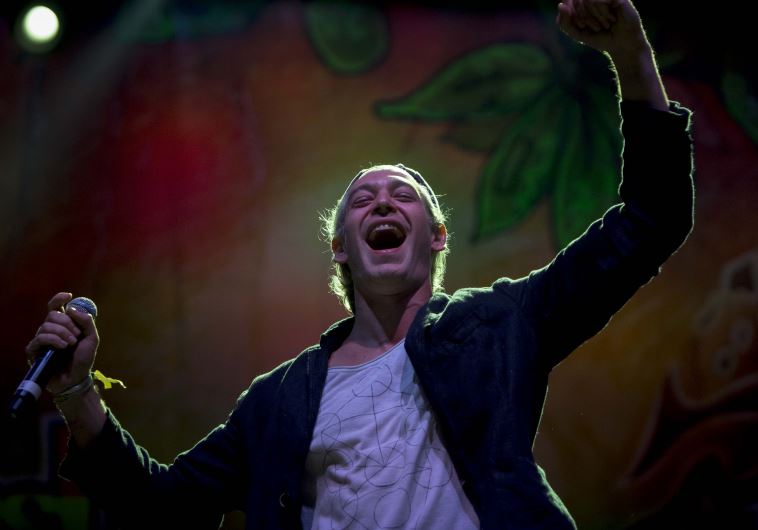