Israel's national baseball team is heading to the quarterfinals of the World Baseball Classic. 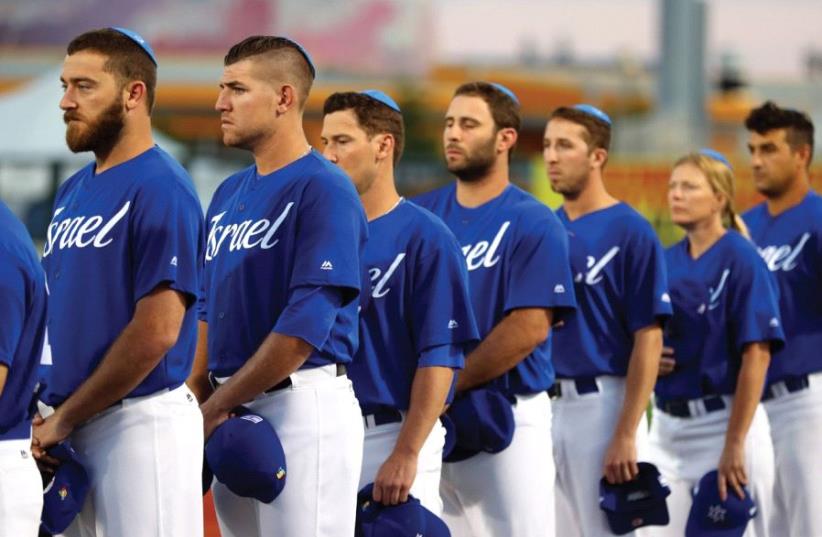 Members of Team Israel wearing their kippot during the singing of ‘Hatikva’ in Brooklyn
(photo credit: ALEX TRAUTWIG / MLB PHOTOS VIA GETTY IMAGES)
Advertisement
There's nothing else quite like Israel's national baseball team; not other baseball teams in the MLB or around the world, not other professional sports teams in Israel, and certainly nothing like the teams any of the players have come from. Currently, Team Israel is crushing odds with historical wins and incredible upsets in the World Baseball Classic. Here's a some facts you might not know about this one-of-a-kind team. 1. Hardly any Israelis actually make up the 28-person roster.
Team Israel World Baseball Classic practicing (credit: ISRAEL ASSOCIATION OF BASEBALL)
Of the 28 players on Team Israel, only 2 can actually call themselves Israeli citizens. The rest of the 26 players are Jewish Americans, and because the World Baseball Classic allows any team to recruit players as long as they are eligible to hold passports in their home country, through Israel’s Law of Return, all the players can proudly represent the Jewish State. 2. The players had their own version of a ‘Birthright’ trip. Many of the players had never been to Israel prior to signing with the team. In January, a group of teammates boarded a flight and set off for a 6-day adventure for some authentic team bonding and the best of Israeli food, culture, and history. The trip was made possible in part by Jeff Aeder, a Jewish restaurant owner from Chicago and founder of jewishbaseballmuseum.com, and the whole experience was all captured on film by Jeremy Newberger, who is using the footage for a documentary chronicling the unique journey of the Jewish team. 3. You can add their IQs to their impressive stats. The team is defying odds and breaking down barriers from the baseball diamond to the outfield, but they are also highly regarded for their intellectual moves off the field. As Nate Fish, the team’s first-base coach explains, “Every team has that one smart guy everyone considers weird, but also kind of looks up to because they suspect he is smart. We were that guy, all of us… It’s not only the best Jewish baseball team ever; it’s the most educated baseball team ever.”4. The players have a different kind of motivation.Representing the Jewish state puts a different kind of perspective on the game. The players are less focused on their personal stats or moving on to bigger and better teams; instead, they are focused on helping and supporting the state of Israel. The players understand the national and global importance this experience has for Israel and for Jews all over the world. 5. Their mascot is a true Mensch. 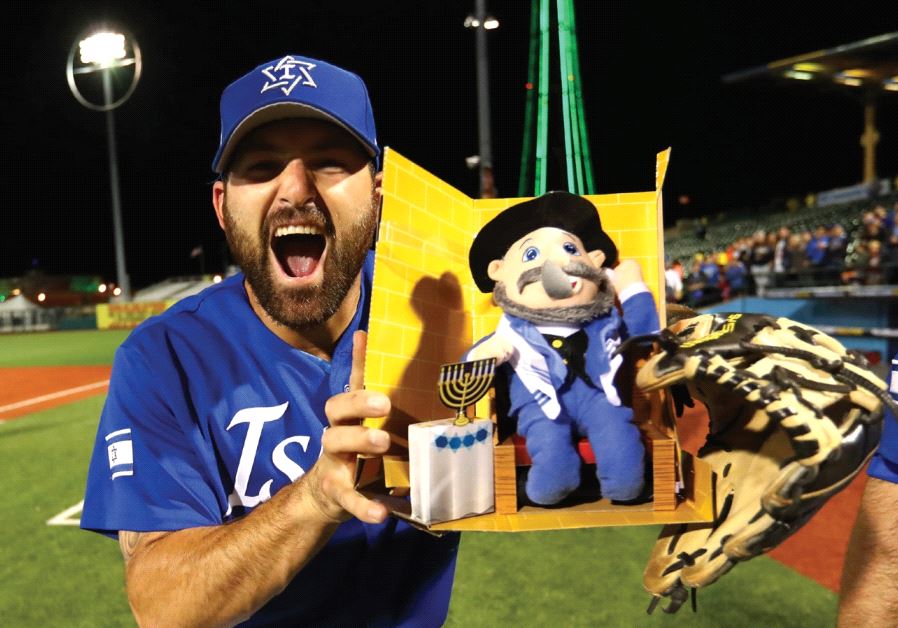 No, really; the official mascot of Team Israel is the famous Mensch on a Bench: a stuffed rabbi similar to the well-known Elf on the Shelf. Not only does the team mensch have his own seat in the dugout, he also has his own locker in the team’s clubhouse and is considered to be their good luck charm. Stay up-to-date on this team's incredible journey at jpost.com.

Elli Wohlgelernter contributed to this report.