'El Nacional' apologizes after the brow-raising blunder, which included side-by-side photos of PM Benjamin Netanyahu and the SNL actor alongside an article about Israeli settlements. 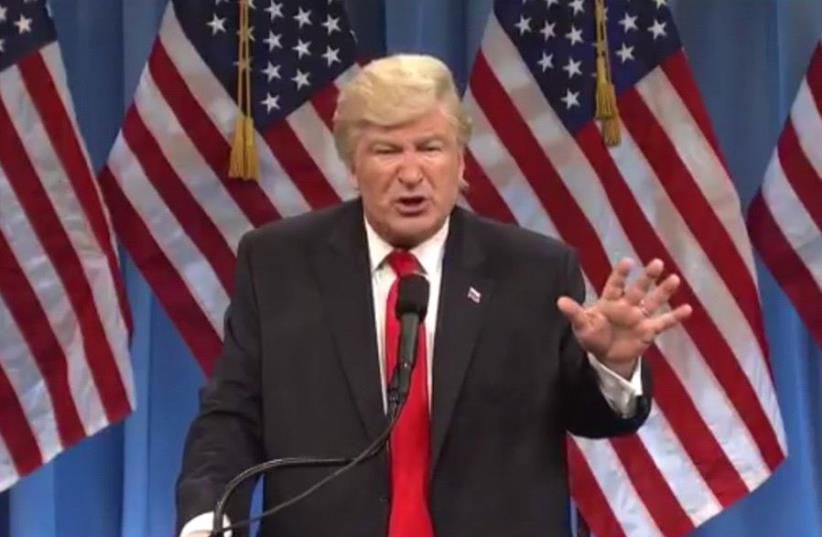 Actor Alec Baldwin portrays US President Donald Trump on 'Saturday Night Live'
(photo credit: screenshot)
Advertisement
Alec Baldwin's impersonation of Donald Trump on the popular satire show Saturday Night Live is seemingly so convincing that a newspaper in the Dominican Republic ran a photo of the actor instead of the US president, labeling him as the new commander-in-chief. The Santo Domingo-based El Nacional apologized on Saturday after the brow-raising blunder, which included side-by-side photos of Prime Minister Benjamin Netanyahu and Baldwin alongside an article about Israeli settlements.

Whoops! A Newspaper Used A Picture Of Alec Baldwin In "SNL" Instead Of President Donald Trump https://t.co/I6qEt0Cf0O pic.twitter.com/nZn0ki8hMG


In light of the image that ran next to an article titled "Trump says Israeli settlements aren't favorable for peace," the social media sphere ran amok with plausibly as many laughs as were garnered by Baldwin in his amusingly spot-on imitation of Trump on SNL.El Nacional then took to the newspaper's website and Twitter to issue a clarification acknowledging the doppelgänger double-take mix-up.


The paper's apology to readers and "all those who felt affected by the publication" included notably similar-looking photographs of Baldwin in costume and Trump. "The photograph was sent that day by the Associated Press (AP) with the name of the actor and information about the program (SNL), but was used as if it were one of Trump, the situation occurred inadvertently," the paper stated.