"Son of Saul" caused a stir at the French film festival for depicting the process of exterminating Jews in Auschwitz. 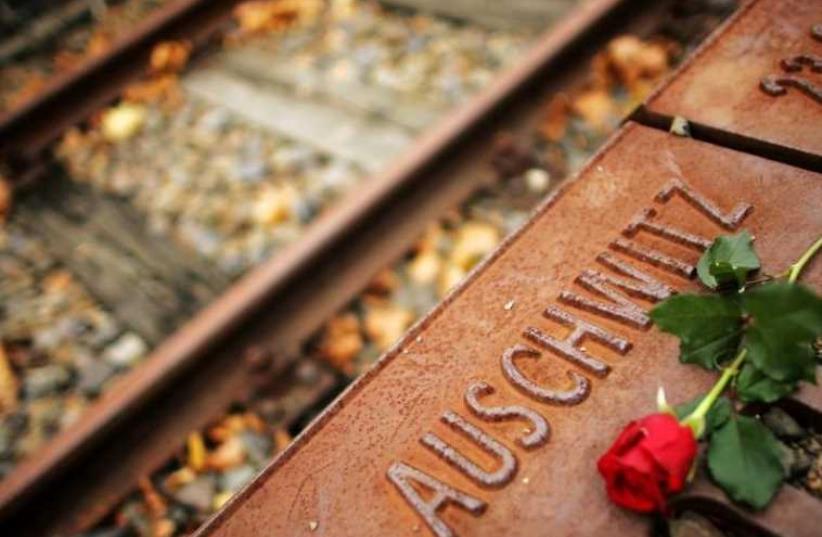 A red rose lies at Gleis 17 (platform 17) holocaust memorial at a former cargo railway station in Berlin-Grunewald
(photo credit: REUTERS)
Advertisement
First time director Laszlo Nemes won the Grand Prix award after causing a stir in Cannes with his unflinching film about the process of extermination of Jews during the Holocaust in "Saul Fia" (Son of Saul).French director Jacques Audiard was awarded the Palme d'Or at the 68th Cannes film festival on Sunday (May 24) for his film "Dheepan", about a Tamil freedom fighter escaping Sri Lanka and seeking to build a new life in Paris.Director Michel Franco won the Best Screenplay award for his film "Chronic", starring Tim Roth as a male nurse looking after terminally ill patients.The Jury Prize went to Greek filmmaker Yorgos Lanthimos for his surreal black comedy "The Lobster" in which society decrees that single people must find a partner during a luxury hotel "dating game" or be turned into an animal of their choice.Best Director honours went to Taiwanese director Hou Hsiao-Hsien for his film "Nie Yinniang" (The Assassin). The veteran director's film features the Taiwan-born actress Shu Qi as a black-garbed ninth-century assassin who never loses a fight, even against huge odds.Emmanuelle Bercot was awarded a joint Best Actress award for her performance in French director Maiwenn Besco's "Mon Roi" (My King). She shared the honour with Rooney Mara for her performance in director Todd Haynes's "Carol" where she plays shopgirl Therese Belivet who has an affair with a married woman, played by Cate Blanchett.Bercot, herself a movie director, plays the lawyer Tony who married Vincent Cassel's Georgio, who gives the appearance of being a successful restaurateur but whose business affairs -- and personality -- are murkier than the image of the Jaguar-driving bon vivant he likes to project.French actor Vincent Lindon picked up the Best Actor award for the film for French director Stephane Brize's film "La Loi du Marche" (The Measure of a Man), where he plays a man struggling to support his family after losing his factory job.A total of 19 films were competing in the main competition at the Cannes film festival, with the eventual winners decided by a jury co-headed by filmmaking brothers Joel and Ethan Coen.