What does one accomplish through the ‘tashlich’ ceremony? 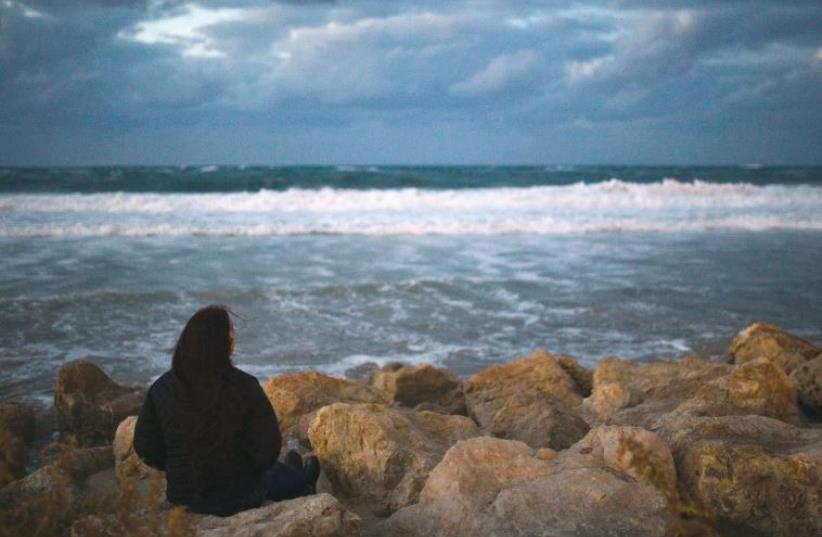 By the sea
(photo credit: ILLUSTRATIVE: REUTERS)
Advertisement
As with many customs, the origins of tashlich (lit., “casting off”) remain unknown. Most likely having roots as a folk custom, the ritual developed a rich and fascinating history as scholars offered various interpretations to its mysterious symbolism.The earliest recording of tashlich, performed on the first afternoon of Rosh Hashana, was by the early 15th-century German scholar Rabbi Ya’acov Molin (Minhagei Maharil RH 9). He describes how the masses would walk to rivers and “cast away their sins” by reciting the last verses from the Prophet Micah, which include, “He will take us back in love; He will cover up our iniquities. You will hurl all our sins into the depths of the sea” (Micah 7:19). Yet the ritual is undoubtedly older, with much speculation about its origin and meaning.God reveals Himself near water in a number of biblical stories, including the vision of the Divine chariot (Ezekiel 1:3) and Daniel’s end-of-days prophecies (Daniel 10:4). One midrash even claims that all prophecies took place near water (Mechilta Rashbi 12:1). As in the story of Creation (Genesis 1:2), God’s Presence, so to speak, is said to hover over water, making it an appropriate place for prayer (Ba’al Haturim Genesis 16:7). Indeed, many medieval European synagogues were built close to waterfronts.Great bodies of water connote majesty and glory.Riverfronts are deemed appropriate sites for royal coronations since they symbolize the new reign’s perpetuity (Horayot 12a).Some later writers speculate that tashlich similarly celebrates God’s kingship over the world, a central theme in the Rosh Hashana prayers (Yabia Omer OC 4:47). Others alternatively contend that the ceremony recalls Ezra’s Rosh Hashana assembly that rededicated the Torah by the water gates (Nehemiah 8:1-2). Molin himself speculates that the waters recall Abraham’s alacrity to bind Isaac, which according to one midrash included him being neck-deep in a river that was created by “Satan” to stymie him.These late theories, however, rid the rite of the vivid symbolism captured in its rich details.While the earliest depictions of tashlich vary, most require using water that contains fish. Rabbi Mordechai Jaffe (16th century, Poland) explains that fish, constantly in danger of being caught by fishermen, warn us of the snares of death and therefore inspire repentance (Levush OC 596). Others believe that because fish are always alert with their roving eyes, they remind us of the ever-watchful gaze of God (Shlah RH 23). Alternatively, fish might ward off the evil eye, and represent the blessing of fecundity (MB 583:8).Some early sources also allude to the ritual of throwing bread or other food into the water, possibly signifying the casting away of our sins. Many sages, however, deem this a violation of the holiday restrictions, especially in years where Rosh Hashana falls on Shabbat, when carrying food and prayer books in unenclosed public domains is prohibited. (For this reason, many communities perform tashlich in those years on Sunday, the second day of Rosh Hashana.) When codifying this custom in the Shulhan Aruch, Rabbi Moses Isserles (16th century, Poland) omits any reference to throwing food or fish (OC 583). In his lesser- known philosophical work, he describes how the mighty waters make us contemplate the grandness of God’s creation and his dominance over nature, leading us to repentance and the casting away of sins (Torat Ha’ola 3:56).These creative interpretations notwithstanding, the diverse and conflicting practices and interpretations most likely reflect emendations of a folk custom with potentially problematic meaning. In a detailed study on this custom’s history, Prof.Jacob Lauterbach speculates that this rite stemmed from an attempt to pacify certain Satanic forces and protect children from undue harm. Historians have further pointed to a medieval ritual with similar themes and rites documented in Rashi’s 11th-century Talmudic commentary (Shabbat 81b). Suspicious of tashlich’s origins, Rabbi Elijah of Vilna (known as the Gaon of Vilna or simply by the acronym “Gra,” d. 1797) abstained from the entire ritual (Ma’aseh Rav 202), a position that my family and others of Lithuanian descent continue to maintain (AH OC 583:4) Be that as it may, the ritual clearly continues to have widespread observance. Here in Jerusalem, the lack of bodies of water has not deterred its citizens from flocking to empty ancient wells, artificial ponds, the City of David’s wellspring, and even kiddie pools in synagogue courtyards! Nonetheless, no interpretation of the ritual has been universally embraced.While the famed 16th-century mystic Rabbi Isaac Luria ordained shaking out one’s clothing to aid the extraction of harmful forces, more rationalist scholars shunned this embellishment, instead framing tashlich as a mere tool to inspire repentance.Indeed, many scholars have stressed that this and other symbolic ceremonies have no hocus-pocus powers to attain atonement, which comes only from genuine introspection and change. ■ The writer teaches at Yeshivat Hakotel, directs the Tikvah Israel Seminars, and is a junior