What is Radiohead frontman Thom Yorke's photo doing on an Iranian sex guide? 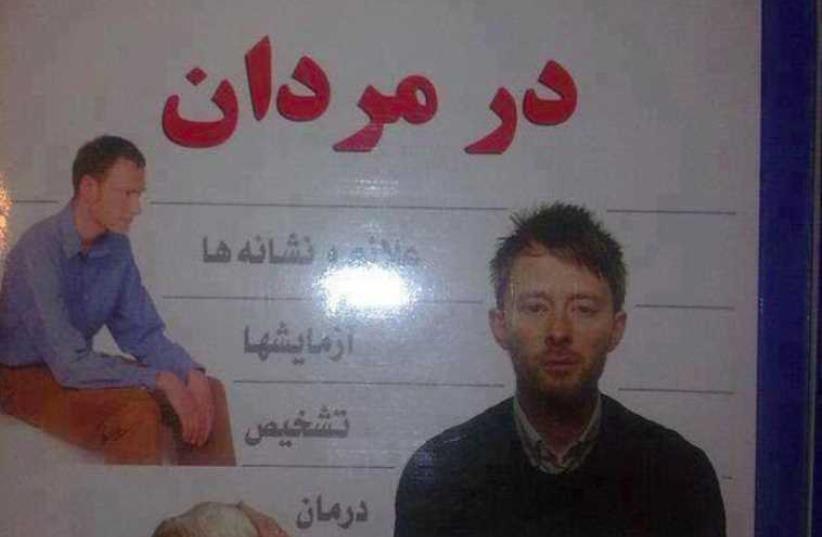 A pic of radiohead's vocalist Thom Yorke on a book about sex problems between couples published in Iran.
(photo credit: TWITTER)
Advertisement
Creep-y! Here is one jigsaw that does not seem to be falling into place. The Internet has been scrutinizing the photograph of an apparent Iranian self-help manual on sex and marriage that appeared recently on social media, and bares the likeness of Radiohead frontman Thom Yorke gracing the cover.According to British media reports Monday, the issue came to light after a Twitter user under the handle @Mehr_Dad posted an image of the book cover, saying he had found it "about three years ago at my uncle's bookstore located in Mashhad."The Persian-language book entitled "Marital and Sexual Problems in Men," features a headshot of the English rocker along with American author John Updike and a third unidentified man as key elements to the book's cover art. The 'Creep' singer has yet to respond.