Why did Hollywood actress America Ferrera want to convert to Judaism, have a bat mitzva?

The now 31-year-old beauty tells Late Night host Seth Meyers that in her youth, she had wanted to join the Jewish faith "for not very noble reasons." 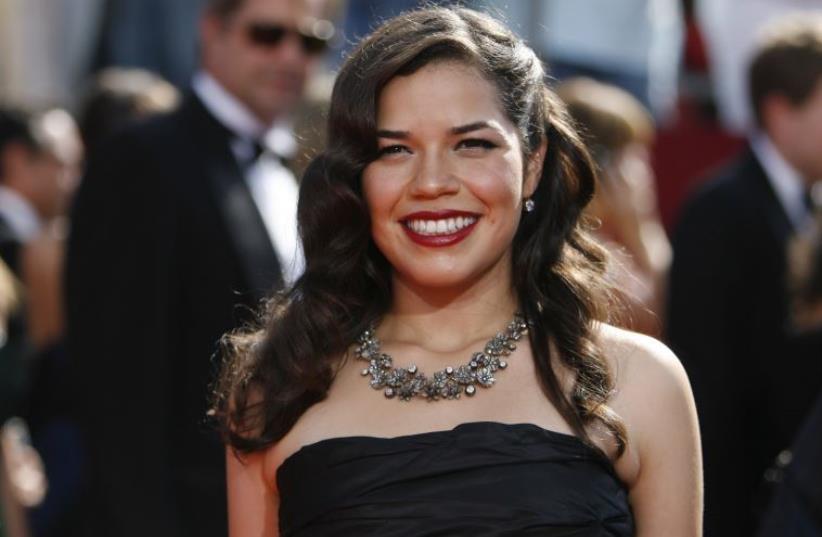 Actress America Ferrera
(photo credit: REUTERS)
Advertisement
When award-winning Hollywood actress America Ferrera was growing up, she wanted to convert to Judaism and have a bat mitzva.However, the now 31-year-old beauty reflected on the Late Night show Tuesday with host Seth Meyers that she had wanted to join "the tribe" for "not very noble reasons."The Sisterhood of the Traveling Pants star come of age in the highly Jewish populated Los Angeles neighborhood of Woodland Hills, and she explained that every boy she had a crush on at the time was Jewish.
According to what she had heard in her formative years, Jewish boys only married Jewish girl and thus she was interested in become one of the 'Chosen People."Also, she wanted a bat mitzva. "Every time I went to a bar or bat mitzva I'd look for the pamphlets - 'Are you interested in converting?' But they're not around," she told Meyers.However, the Ugly Betty star found that the Jewish faith was not big on proselytizing."I did not convert in the end. I married a non-Jew and it's working out," she said of her husband of four-years, Ryan Piers Williams.