Will we see Beyonce in Israel in the near future? Don't count on it

A number of Israeli production companies who specialize in staging shows by big acts from abroad said that it is simply not feasible to put on a concert by the Queen Bey. 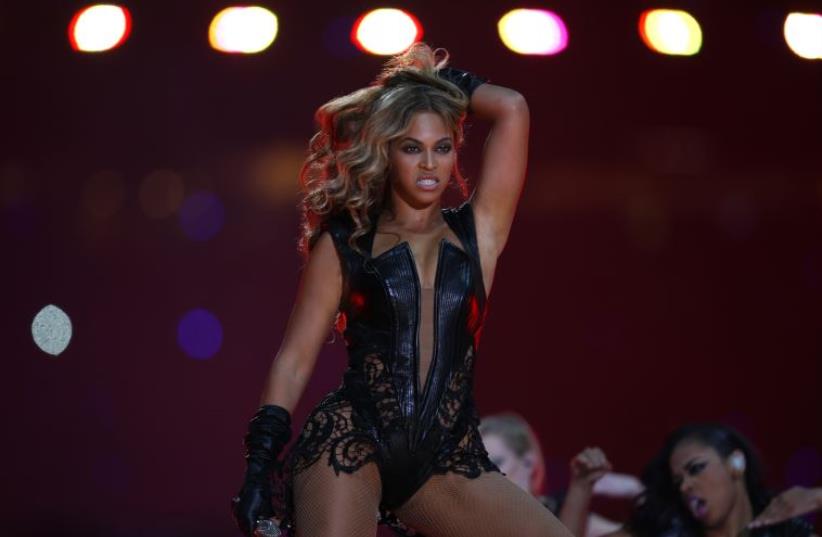 Beyonce performs during the half-time show of the NFL Super Bowl XLVII football game in New Orleans, Louisiana, February 3, 2013
(photo credit: REUTERS)
Advertisement
She's perhaps the hottest superstar in the world of popular music today. So what are the chances that fans of Beyonce will ever get to see the diva perform here in Israel? Not too good.According to Channel 2, a number of Israeli production companies who specialize in staging shows by big acts from abroad said that it is simply not feasible from an economic standpoint to put on a concert by the Queen Bey.How do the economics break down? Well, according to the top concert producers here in Israel, a show on the scale of Beyonce would by a rough estimate cost at least $4.5 million. Of that sum, $3 million would have to be paid in salary to Beyonce and her crew while the remaining $1.5 would be allocated to the logistical elements of the show.There's the issue of transportation and accommodation. Beyonce is said to travel with a crew of close to 100 people, including stage employees, musicians, and dancers. The cost of flying such a large contingent to Israel is estimated at $100,000, while putting all of them up in a hotel would also be at least six figures per night.Then there's the issue of preparing the stage, arranging for lighting, sound, security, maintenance and safety inspections, the hiring of ushers, and the NIS 100,000 it would cost just to rent out Hayarkon Park in Tel Aviv.Then there is the matter of advertising and marketing. Promoting Beyonce's show would run to - at the most - $250,000, although the number could drop if a sponsor were to bear a large portion of the cost. There have also been instances in which tickets to Beyonce shows have sold out in a matter of minutes without any money spent on promotion or advertising.Assuming the cost of a ticket to a Beyonce concert would be in the area of NIS 450, and after a number of intermediaries get their cut, the conservative estimate would be that revenue would reach just over $4.1 million - and that's assuming a crowd of 50,000 people in attendance.In light of these figures, the odds of seeing Beyonce "drunk in love" on stage in Tel Aviv are slim, since local concert promoters are not eager to produce a show at a loss.