A Jewish teen's video went viral on TikTok after he responded to a man's video saying, "Give me one good reason why you aren't a Christian." 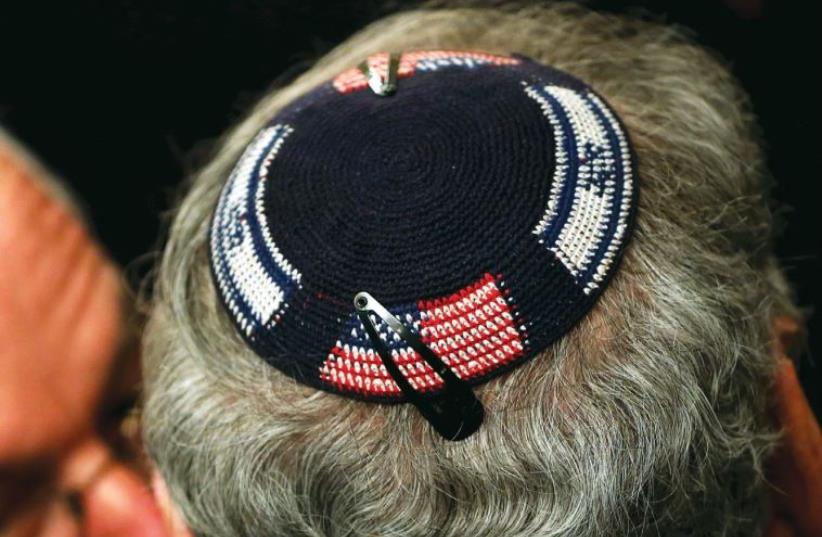 A man wears a kippa embroidered with US and Israeli flags
(photo credit: REUTERS)
Advertisement

A Jewish teen went viral on TikTok after his comedic response to a video of an older man saying, "Give me one good reason why you are not a Christian."

"Yarmulkopter. Half yarmulke, half helicopter," the Jewish teen, @jakedoesmusicsometimes, said. "Got it at the yarmulke convention. You may have heard of it, Yarmulk-con."

Almost all of the comments left on the video were positive feedback. The top comment, left by @novalsi, says, "Sir, that was at least three good reasons."

"Got it at the yarmulke convention. You may have heard of it, Yarmulk-con."

The TikTok logo is seen on a screen over Times Square in New York City, U.S., March 6, 2020 (credit: REUTERS/ANDREW KELLY)

A lot of the comments also mentioned his outfit of choice, with him sporting Seinfeld shorts and a Camp Ramah T-shirt. While a few other comments mention how they will convert to Judaism just for that yarmulke.

TikTok launched in 2016 after buying out the app Musical.ly. It is a social media site that allows its users to create short videos ranging from 15 seconds to three minutes long.

It was originally created to make short clips of people dancing and lip-syncing to videos but it quickly grew into a bigger platform.

There are over a billion active users worldwide creating videos and content.

Many popular TikTok creators, such as Addison Rae and Charli D'Amelio, get signed to talent agencies.