Drake, 31, called the video "the most important thing I have ever done in my career." 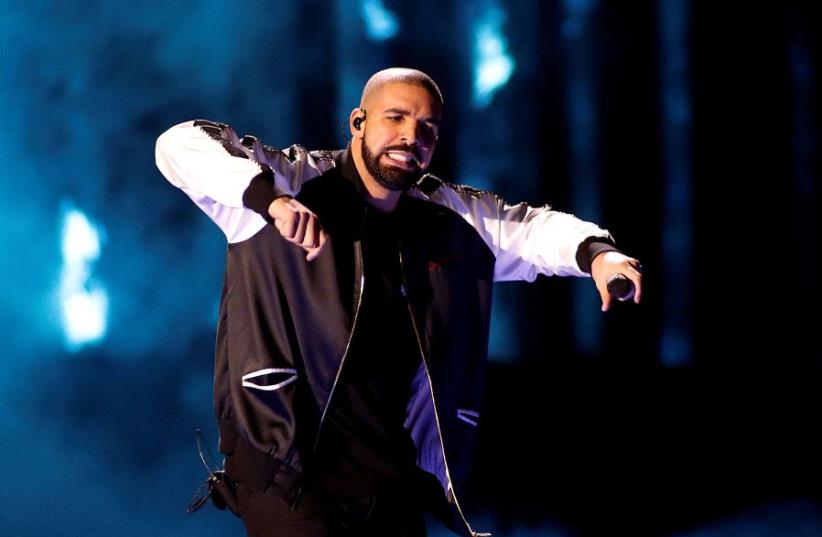 Drake performs during the iHeartRadio Music Festival at The T-Mobile Arena in Las Vegas, Nevada, US September 23, 2016
(photo credit: REUTERS)
Advertisement
LOS ANGELES - The song is called "God's Plan" and Jewish-Canadian rapper Drake dropped a music video to match on Friday in which he gave away almost $1 million in cash to people in Miami.Drake, the world's best-selling artist of 2016, followed it up with a challenge on Instagram urging his fans to "go out and be nice to each other."The "God's Plan" video upended the usual lavish efforts from music production companies, and instead showed Drake handing out wads of cash to struggling families, toys to children, scholarships to students and checks to a women's shelter and a youth club in Miami, Florida."The budget for this video was $996,631.90. We gave it all away. Don't tell the label," says the message at the start of the videoBefore its release, Drake, 31, called the video "the most important thing I have ever done in my career."Emotional fans took to Twitter with effusive praise."If you’ve seen Drake’s God’s Plan video and it didn’t hit your heart then I just don’t know. That man’s doing it right," tweeted one man, Michael McGraw."Cried reaaaal tears looking at God's plan music video. it's a good life," a user called Janae wrote on Twitter.Hours later the Grammy-winning singer issued a challenge on his Instagram saying "let's all watch the world be nice to each other even if it's for 24 hours.""God's Plan" has held the top spot on the Billboard Hot 100 singles chart for the past three weeks.