Netanyahu: Israel won't agree to a truce that doesn't allow IDF to destroy all Gaza tunnels

At Cabinet meeting, PM says mission on track and progress being made in destroying tunnels, eliminating Hamas terrorists; calls on nation to stand united for soldiers. 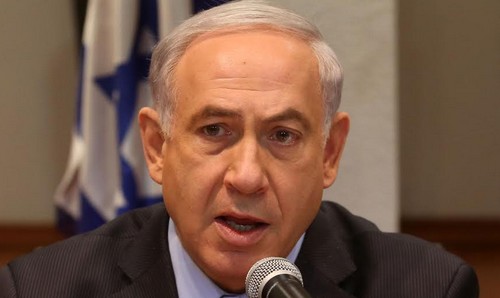 Prime Minister Binyamin Netanyahu said Thursday that he would not agree to any cease-fire that did not allow the IDF to destroy all of the infiltration tunnels in Gaza.Speaking prior to a security cabinet meeting, the prime minister stated that IDF soldiers are currently finishing off the job of destroying tunnels."We have destroyed dozens of tunnels and we will finish the rest with or without a cease-fire," Netanyahu vowed.Netanyahu stated that thousands of terror sites had been destroyed and hundreds of terrorists had been killed.
"Hamas has taken hard hits," Netanyahu said. He continued and stressed that the operation has a planned course of action and the completion of the mission is on track. He also called on the people of Israel to stand together during these tense and tough times."At this time I call on the people and the MKs to stand behind the mission. In the days that our soldiers are fighting the enemy and endangering themselves, we owe it to them... if we are together we are stronger."Also at the Cabinet meeting, Defense Minister Moshe Ya'alon said the damage done to Hamas by the IDF in Operation Protective Edge is "unprecedented in its scope."Ya'alon said Israel would not compromise on the security of its citizens in any truce to end fighting.