By JPOST.COM STAFF, YAAKOV LAPPIN
IDF armored personnel carriers (APCs) drive outside the Gaza Strip.
(photo credit: REUTERS)
Advertisement
Israeli infantry soldiers operating in the Gaza Strip unearthed at least 22 tunnels and killed 40 terrorists in the first day of the IDF's ground incursion into the Hamas-ruled enclave, the IDF Spokesperson's Unit said on Friday.The military released pictures of the tunnels on its Twitter account. Israel has stated that it seeks to destroy Hamas' network of tunnels that are used to smuggle weapons into the Gaza Strip.

What do you think this tunnel was used for? Our soldiers are checking it out right now. pic.twitter.com/DCXymsNDmu

Here's one of the tunnels that we have uncovered in Gaza. pic.twitter.com/R5RcEESSwf

The tunnels were discovered by soldiers in the Paratroopers Brigade, according to the army. In one instance, IDF troops exchanged fire with a Palestinian gunman, wounding him. The gunman was subsequently rushed to Soroka Medical Center for treatment.Since the start of the IDF ground incursion, the army has struck 260 terrorist targets, 140 of which have been hit since Friday morning.The army said it struck government buildings, Hamas’ rocket infrastructure, weapons manufacturing plants, tunnels, and houses used by Hamas leaders. The army has also unearthed 22 tunnels throughout the Gaza Strip that was used to smuggle weapons and explosives. IDF troops killed over 40 terrorists and arrested 21 others, the IDF Spokesperson’s Unit said. The army said that Palestinians fired mortars at troops in the southern Gaza Strip. In response, IAF aircraft struck at the source of the shooting.

Today IDF forces wounded this terrorist in a firefight in Gaza. Now we are taking him to the hospital. pic.twitter.com/ddf8QypJeB

Meanwhile, IDF tanks engaged a Hamas cell armed with an anti-tank missile and fired on its members, killing them. The Israeli military on Friday also accused Hamas and Islamic Jihad operatives in the Gaza Strip of traveling around in ambulances loaded with Palestinian children in order to deter Israeli forces from firing at them.The IDF suffered its first casualty in Operation Protective Edge at 4 a.m. on Friday as the army commenced its ground offensive into Gaza. Two more soldiers were lightly wounded. In less than 24 hours since the IDF launched its ground incursion into the Gaza Strip, 217 terror targets have been hit while at least 20 tunnels have been uncovered, according to Channel 2.The television channel also reported that 65,000 Palestinians have been displaced in the Gaza Strip as a result of the Israeli operation. The network reported that at least 33 Palestinians have been killed in the last day.Twenty-year-old Sergeant First Class Eitan Barak from Herzliya was killed in Gaza under still unclear circumstances. Barak was promoted posthumously from sergeant on Friday. 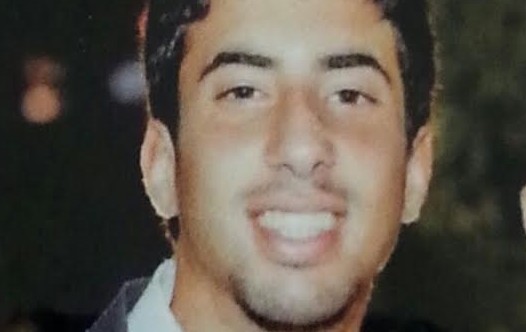 IDF units seized positions in northern, central and southern Gaza, and traded fire with terror organizations overnight, following the launch of a ground offensive, a senior military source said Friday morning. One unit was the target of a failed bomb attack. The IDF expects armed clashes to increase after sunup."The units are at their designated place. We expect significant friction to begin after first light," the military source said."We are focusing on three efforts. The first is continued air strikes. The second is the taking over of targets [by ground units]. The last is preparing the next stage of this operation," the source said.Ground Forces are focusing on destroying Hamas's extensive tunnel network. In their first few hours in Gaza, they were engaged by gunmen, and returned fire. In some cases, bombs were set off near the approaching military forces.The source described the resistance encountered by the IDF as "low," adding that the massive wave of fire launched by artillery and air strikes before the entrance of ground units help ensure that Hamas "kept its head down.""Hamas was surprised by the patience of the Israeli public, and by the performance of Iron Dome," the source said."It took Hamas years to plan the tunnel attack on Kibbutz Sufa," the source added, referring to an attempt Thursday by Hamas to send 13 heavily armed terrorists to the kibbutz to go on a killing spree, before being intercepted by the IDF.
The air force hit 103 targets overnight between Thursday and Friday, including 20 underground rocket launchers, and 6 terrorist headquarters. Since the start of the operation, the IAF struck 2,150 targets, including 1,160 underground launchers, 200 command and control centers, nine training camps, and 43 Hamas regime buildings.The IAF also struck rocket launching squads as they were preparing to fire into Israel, the source added.Hamas responded with rocket fire on several Israeli areas. In some cases overnight, the IAF struck areas used to fire on Israel immediately, as well as with artillery. "We are directing our firepower at operatives, tunnels, and infrastructure," the source explained. The IDF has been authorized by the cabinet to call up a further 18,000 reservists, opening the door to planning the next stage in the operation, the source said. Meanwhile, he added, "very large intelligence capabilities are being activated, and new targets are being acquired."