4 killed when terror squad enters Israel via tunnel and fires on IDF jeep with anti-tank missile; IDF demolished over 16 tunnels.

By YAAKOV LAPPIN
Tunnel hole and weapons form one of the last infiltration attempts
(photo credit: IDF SPOKESMAN'S OFFICE)
Advertisement
Seven IDF soldiers and officers were killed in battles with terrorists in Gaza and southern Israel on Monday, as the IDF continued to consolidate its hold on areas of Gaza and destroy sections of Hamas’s terror network.Four of the Israeli soldiers were killed when their military jeep was hit with an antitank missile fired by a Gazan terrorist squad, which used a cross-border tunnel to infiltrate southern Israel on Monday morning, and three were killed in exchanges of fire in Gaza.The terrorists who entered Israel surfaced from a tunnel near Kibbutz Nir Am and were dressed in IDF uniforms. They were detected by an IDF lookout, after the army received an intelligence alert from the Shin Bet warning of an imminent attack.The first terrorist squad was hit by an air strike, but the second was able to move around in Israel and fire on an army jeep, before the IDF struck it.The following soldiers and officers were killed in the jeep: Lt.-Col. Dolev Kedar, commander of the Gefen Battalion of the IDF’s Bahad 1 officer training base. Kedar was 38 and a resident of Modi’in.Sgt. Nadav Goldmacher, 23, a soldier from the Bahad 1 training base. He was from Beersheba. Goldmacher was posthumously promoted from the rank of corporal.Sec.-Lt. Yuval Haiman, 21, a soldier from the Bahad 1 officer training Base. He was from Efrat. Haiman was posthumously promoted from the rank of sergeant.CWO Baynesian Kasahun, a 39-year-old soldier from the Northern Brigade of the Gaza Division.Three additional soldiers, all from the Golani brigade, were killed in exchanges of fire on Monday in the Gaza Strip. The IDF named them as: St.-Sgt. Tal Yifrah, 21, from Rishon Lezion. He will be laid to rest at 11 a.m. in Rishon Lezion on Tuesday.St.-Sgt. Yuval Dagan, 22, from Kfar Saba.St.-Sgt. Jordan Ben Simon, 22, from Ashkelon. Dagan was posthumously promoted from rank of sergeant.Police closed roads in Sha’ar Hanegev Regional Council near the Gaza border due to the attack, and residents of Erez, Nir Am, Re’im and Ein Hashlosha were instructed to stay in their homes.The IDF said that the main focus of fighting remained in the Shejaia district, east of Gaza City, where some 72 Palestinians, many of them civilians, were killed on Sunday.So far, the Palestinian death toll in the Israeli offensive has jumped to 523, according to Gaza health officials.The latest tunnel infiltration by two Hamas squads underlines the threat posed to the South, OC Southern Command Maj.-Gen. Shlomo Turgeman said after the attack.Uncovering the tunnels is a complex and challenging task, requiring intelligence and technology, he added.The IDF’s work in destroying tunnels, inside Gaza and against cross-border tunnels, “is disturbing the enemy,” which spent years digging them, Turgeman said.Meanwhile, IDF Ground Forces continue to advance to positions in the northeast Gazan Shejaia area overnight between Sunday and Monday, and took part in heavy exchanges of fire with terrorists in the area.An IDF unit killed 10 terrorists in exchanges of fire.Three soldiers have been seriously wounded, 8 moderately wounded, and 19 were lightly wounded throughout Monday.More than 16 tunnels have been found in the area, and Hamas has attempted to hinder the IDF’s tunnel destruction work by opening fire on ground forces.Meanwhile, the air force continued its air strikes throughout the strip. One of the strikes killed the head of Hamas’s surveillance unit.The IDF arrested 20 terrorists overnight and is questioning several of them.Gaza’s tunnel network began expanding rapidly after the Second Lebanon War of 2006, as part of Hamas’s strategic decision to build up an underground attack capability alongside a rocket arsenal, a senior army source said Monday.Hamas purchased homes, greenhouses, school yards and a warehouse, under which it began tunneling toward the Israeli border. The structures are fortified with concrete, making them sturdy.One of Hamas’s goals is to be able to send large numbers of terrorists simultaneously through multiple tunnels, creating a largescale attack on southern Israel.Many of the tunnels serve as weapon and equipment storage centers, containing ceramic vests, clothes, weapons and other items needed for combat. IDF uniforms are also hidden in the tunnels, to enable terrorists to emerge on the Israeli side disguised as IDF soldiers.Large numbers of explosives are inside, the officer said.The IDF is investing a large amount of resources to deal with the tunnel network threat, and is working to develop a defense system against it.It takes Hamas around two years to complete work on a tunnel. Many of the tunnels were constructed between Israel’s last clash with Hamas, in November 2012, and now, the officer said.Infantry soldiers have uncovered many tunnel shafts since the ground operation began on Thursday night and have destroyed 16 tunnels, including cross-border tunnels. Liquid explosives are used to demolish the structures.Some of the searches are guided by intelligence data, the source said.Three soldiers were wounded in exchanges of fire overnight between Sunday and Monday.Defense Minister Moshe Ya’alon visited the Home Front Command’s central base on Monday and received a briefing from OC Home Front Command Maj.-Gen. Eyal Eizenberg.During his visit, Ya’alon said the ability of Israeli civilians to remain resilient in the face of the security situation is “as important” as the IDF’s operation in Gaza.“We have to be patient, since the fighting will continue for as long as it is needed. The steadfastness of the public is a central component in our power,” the defense minister said. 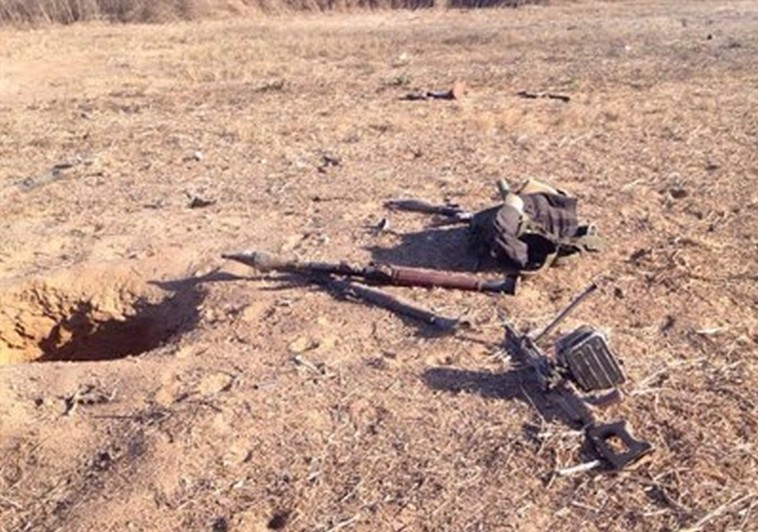 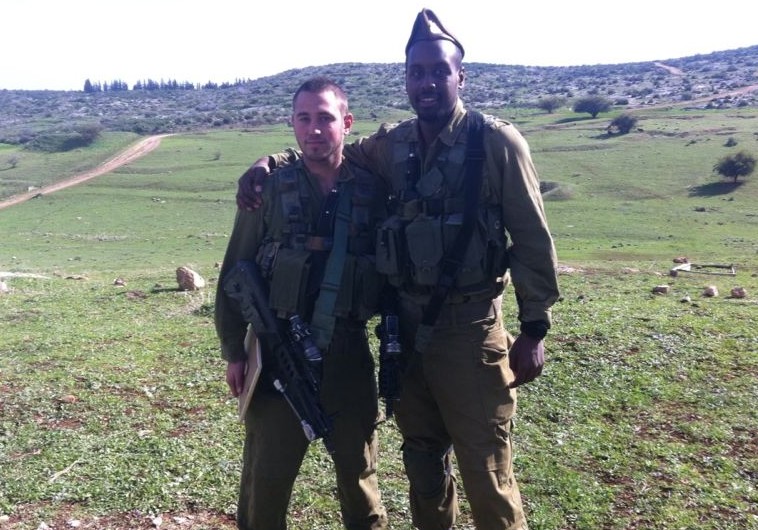