Gaza drone enters Israel, is shot down over Ashdod by IAF

Patriot missile battery shoots down the drone in the first such event since Gaza operation began. 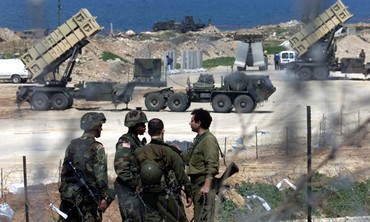 An unmanned aircraft entered Israeli territory from Gaza and was shot down over Ashdod by the Patriot missile battery Monday morning, the IDF said.The Israeli Navy was searching for remnants of the drone, which was intercepted over an open area near the Ashdod coast.The drone set off a Code Red alert siren in the city. Rocket attacks on Israel's southern communities also continued on Monday morning with sirens sounding in Hof Ashkelon and Sdot Negev Regional Councils.In northern Israel, rockets were fired at Israel from southern Lebanon earlier on Monday, drawing retaliatory artillery fire from Israeli forces, Lebanese security officials and the IDF said, in the third such rocket attack from Lebanon since Friday.

In the Golan Heights on Sunday evening a projectile was fired from Syria into Israel. No injuries were reported. The IDF responded with precision artillery fire at Syrian army positions.IDF sources said they identified accurate strikes. Security officials say they believe the projectile was fired at Israel deliberately. "The IDF views the Syrian regime as responsible for what is done in its territory," the military said.  Yaakov Lappin contributed to this report.