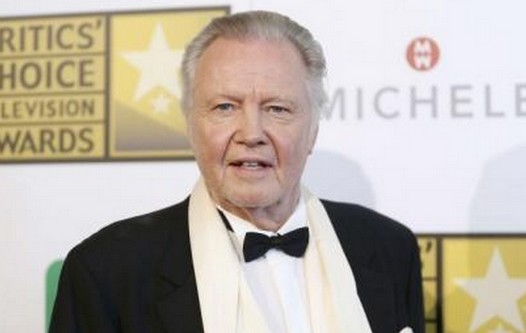 As the 27-day conflict in the Gaza Strip seems to be winding down, things are heating up on Sunset Strip.American actor Jon Voight is the latest Hollywood star to publicly weigh in on Israel’s military operation in Gaza, dubbed Operation Protective Edge.The Academy-Award winner took to popular magazine The Hollywood Reporter to lash out, in an article published Saturday, at fellow actors Penelope Cruz and Javier Bardem for criticizing Israel’s operation in Gaza. Cruz and Bardem, who are married, wrote an open letter along with other Spanish entertainers, published in media outlets in Spain, condemning Israel’s offensive as “genocide,” and demanding a cease-fire and an end to the blockade which it said has been intact for “more than a decade.” Voight, who is the father of actress Angelina Jolie, slammed the power couple for inciting global anti-Semitism, “oblivious to the damage they have caused.” Describing them as “ignorant” with regard to the history of the Jewish State, he recalled the 1947 UN Partition Plan (rejected by the Arabs, he notes) and the onset of Israel’s War of Independence. He listed the nation’s many battles, saying that “when Israel was not fighting a major war, it was defending itself against terrorist campaigns”; he also highlighted land ceded by Israel like “the Sinai Peninsula to Egypt in return for peace, and [giving] the Palestinians all of Gaza as a peace gesture.” “And the response?” he asks readers: “The Palestinians elected Hamas, a terrorist organization, and they immediately began firing thousands of rockets into Israel.”When Israel finally retaliated after years of terrorism and rocket attacks, Voight says, “Instead of my peers sticking up for the only democratic country in that region, they go and take out poison letters against them.”The award-winning actor recollects what sparked the war: “Did Hamas not kidnap and kill three young teenagers for the sake of killing, and celebrated after the killing?” He blasted Cruz and Bardem for wrongfully using their celebrity to badmouth Israel and urged them to “hang your heads in shame.”Voight concludes that those who signed the letter should “ask forgiveness from the suffering people in Israel.”Cruz and Bardem have yet to respond to Voight’s charges. But both actors issued statements following the backlash from their letter, clarifying that both Palestinians and Israelis deserve safety, peace and respect. Voight’s remarks come just a week and a half after he attended a pro-Israel rally in Las Vegas, where he blamed President Barack Obama and Secretary of State John Kerry for not having Israel’s back, “as they say they do.” “Instead of telling Hamas to stop sending rockets into Israel directed at civilian population,” he declared, “they say Israel has to stop killing civilians. What a travesty of justice.”