After being hospitalized for a short period, the commander says: "I hope to be back with the battalion commanders soon." 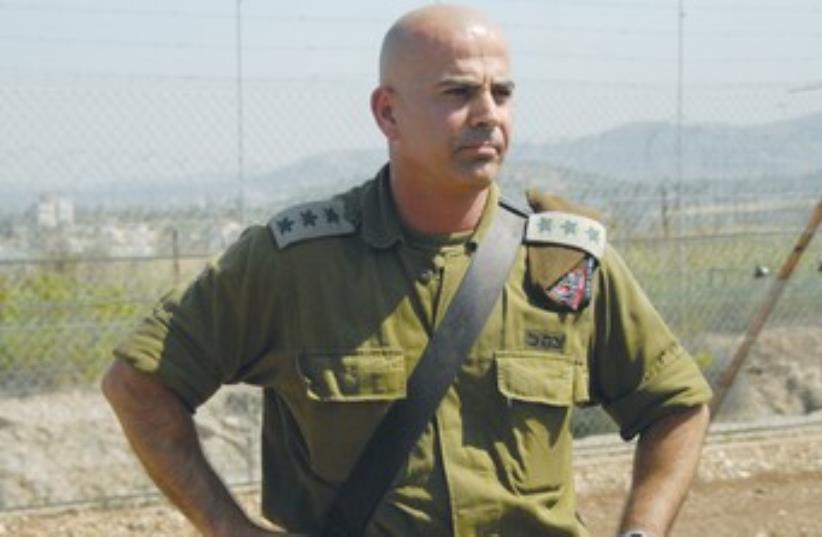 Golani brigade commander Col. Rasan Alian 370
(photo credit: IDF Spokesman)
Advertisement
Golani Brigade Commander Col. Rasan Alian, who was wounded in heavy clashes with Hamas in recent days, is set to return to his soldiers. "I want to go back to Gaza, and get to as many terrorists as possible," Alian said Tuesday. The Golani brigade has lost many soldiers in recent days in battles with Hamas. At the same time, Alian said, the brigade has also "killed a lot of terrorists. We will continue doing that. that's the most important thing. I hope to be back with the battalion commanders soon." "I'd like to send a big hug to the bereaved families. I did not have a chance to meet them," the commander added. "We stand with them. They are strengthening us." Alian was moderately wounded in an exchange of fire in Gaza on Sunday, and was hospitalized at the Soroka University Medical Center in Beersheba.Col. Rasan Alian is the first Druse officer to have been appointed commander of the Golani Brigade where he was commander of Battalion 51, then the Reconnaissance Battalion, and eventually, deputy commander of the brigade.