Palestinians say at least 50 killed in district, which IDF says is center of terror activity; Abbas accuses Israel of "massacre." 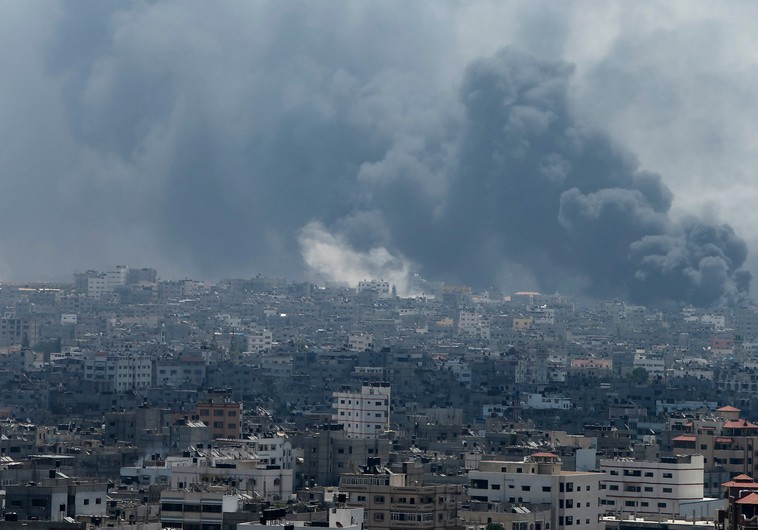 Hamas members on Sunday violated a humanitarian cease-fire in the Shejaia area of Gaza and fired on IDF soldiers with anti-tank missiles and automatic fire, the army said. The air force began resuming strikes in Shejaia, firing on locations from which the army came under fire.  However, the IDF announced that they would extend the truce.During the two-hour humanitarian ceasefire, Hamas and other terror organizations violated the truce repeatedly, the army said. Due to a request by the Red Cross, the Coordinator of Government Activities in the Territories, Maj.-Gen. Yoav Mordechai, agreed to extend the truce until 5:30 p.m. for urgent humanitarian needs. "Any attempt to exploit the respite for firing will be answered," the army warned.Prior to the cease-fire, the IDF had been carrying out wide-ranging attacks on Shejaia, which the army considers a main center of terror activity in the Gaza Strip. Gaza medical sources were reporting that at least 50 people had been killed and hundreds wounded in the IDF attacks.The IDF called on residents of the area to take the opportunity of the cease-fire to vacate Shejaia and make their way to Gaza City. The army warned that any attempt to take advantage of the cease-fire to launch attacks on Israel would be answered with fire.The mass casualties in Shejaia appeared to be the heaviest since Israel launched Operation Protective Edge on July 8.Palestinian Authority President Mahmoud Abbas condemned the IDF's intensified shelling in the area as "the new massacre committed by the Israeli government in Shejaia."Asked about the attack on Shejaia, an Israeli military spokeswoman said: "Two days ago, residents of Shejaia received recorded messages to evacuate the area in order to protect their lives." 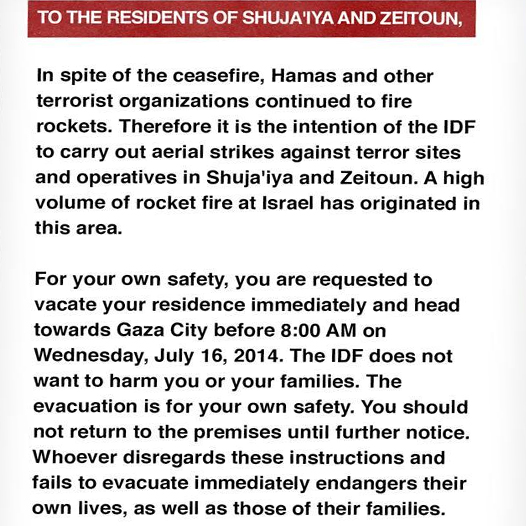 Hamas, the dominant armed group in the Gaza Strip, had urged people across the territory not to heed the Israeli warnings and abandon their homes.As the tank shells began to land, Shejaia residents called radio stations pleading for evacuation. An air strike on Shejaia home of Khalil al-Hayya, a senior Hamas official, killed his son, daughter-in-law and two grandchildren, hospital officials said.Militants kept up their rocket fire on Israel, with no sign of a diplomatic breakthrough toward a ceasefire in sight. Sirens sounded in southern Israeli towns and in the Tel Aviv metropolitan area. There were no reports of casualties.Israel sent ground forces into the Gaza Strip on Thursday after 10 days of air, naval and artillery barrages failed to stop rocket fire.