By YAAKOV LAPPIN
Sec.-Lt. Hadar Goldin.
(photo credit: Courtesy)
Advertisement
A Hamas attack on IDF soldiers in southern Gaza, which occurred an hour and a half after the start of a humanitarian truce, ended with the suspected kidnapping of a soldier, the IDF said Friday. Second Lt. Hadar Goldin, a 23-year-old Givati officer from Kfar Saba, was named as the IDF soldier presumed to be abducted by Hamas. His family has been notified. Two other soldiers were killed during the incident. Their families have been notified.The IDF named Major Benaya Sarel, 26, an officer in the Givati Brigade from Kiryat Arba, and St.-Sgt. Liel Gidoni, 20, also serving in Givati from Jerusalem, as the two Israeli soldiers killed in Gaza on Friday morning. Both were posthumously promoted. 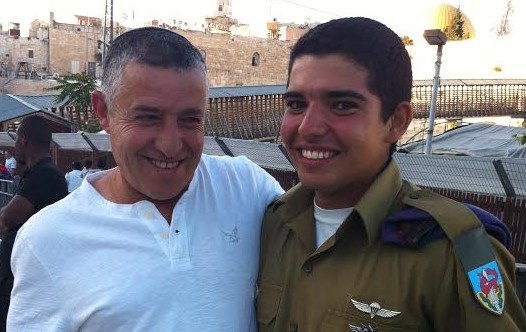 Sarel's funeral was scheduled for 12:15 a.m. Sunday at the cemetery in Hebron and Gidoni's funeral was scheduled for 5 p.m. Sunday at Mt. Herzl in Jerusalem. During the attack, terrorists emerged from a tunnel shaft, and a suicide bomber detonated himself in the vicinity of soldiers. Heavy exchanges of fire ensued, before one of the IDF soldiers was kidnapped, a senior army source said.The IDF said the incident occurred at 9:30 a.m., but a spokesman for Hamas's military wing claimed the terrorists came out of the tunnel and took part in the ensuing gunfight at 7:00 a.m."The incident is ongoing, and the IDF is in the midst of operational and intelligence efforts to track down the soldier," the army added. The statement came after Palestinians reported heavy exchanges of fire in southern Gaza, in which several Hamas attackers were reportedly killed in IDF return fire. Around 10 a.m. rocket and artillery fire resumed, bringing an end to the 72-hour humanitarian cease-fire brokered by the UN and the US that went into effect just two hours prior.Palestinian media reported heavy casualties, with at least 40 dead, according to local sources. Rocket fire continued to hound southern Israel.The IDF attacked 50 Hamas targets across Gaza overnight between Thursday and Friday, including rocket launch zones, and targets that were hit by the navy and infantry in a combined attack. Two terrorists seen near a tunnel were killed by Paratroopers. The Israel Air Force struck an Islamic Jihad control room, killing two terrorists. Meanwhile, Givati infantry units uncovered two tunnel shafts and destroyed them. Secondary explosions were seen in the blast.On Thursday, five IDF soldiers were killed in a mortar attack in Eshkol Regional Council on the Israeli side of the Gaza border.


Tags kidnapping in israel
Advertisement
Subscribe for our daily newsletter