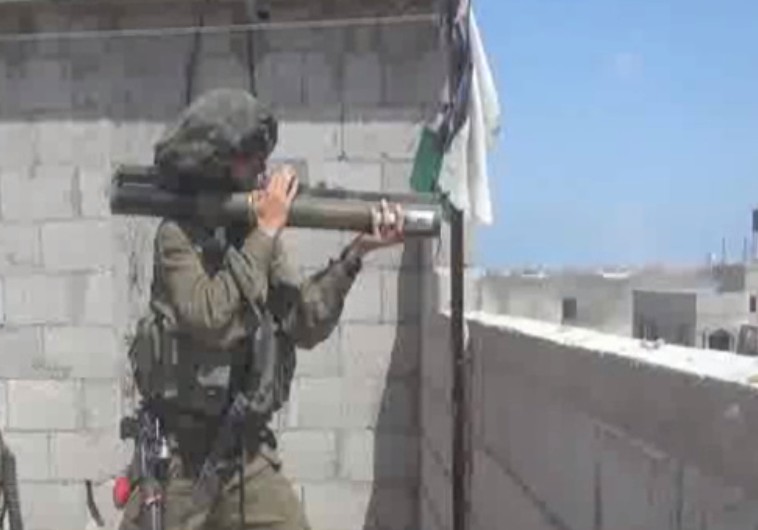 The army observed a four-hour hiatus in the bombardment of the Gaza Strip in deference to humanitarian considerations.The IDF held fire beginning 3 p.m. local time, although rockets from Gaza continued to fall in southern Israel throughout the four hours.Hamas spokesman Sami Abu Zuhri said of the truce: "The declared calm ... is worthless because it excludes the hot areas along the Gaza borders and we will not be able to benefit from it to evacuate the wounded in those area."The lull did not apply to areas where the military continued to operate in search of tunnels, IDF Chief of Staff Lt.-Gen. Benny Gantz said.The army also said that its infantry and engineering corps soldiers destroyed an underground tunnel in the Gaza Strip. The military added that its troops discovered a number of tunnel shafts throughout the territory.Earlier Wednesday, a contingent of paratroopers spotted two Palestinian gunmen emerging from one of the tunnel shafts. The soldiers opened fire, killing both men. Also on Wednesday, a Givati infantry unit operating in tandem with engineering corps troops came under anti-tank fire launched by a group of about 10 terrorists, the army said. Two soldiers were lightly injured in the incident. The IAF quickly deployed aircraft to the area and killed the terrorists as they sought to escape. The IAF also killed five terrorists, two of whom were seen planting explosives in the southern Gaza Strip.
The air force announced that it had struck 40 terror targets, including tunnels, arms manufacturing facilities, and other terrorist-used buildings.Defense Minister Moshe Ya’alon’s office released a statement to the press on Wednesday after sitting on a situational assessment with the Shin Bet security service and the coordinator for government activities in the territories. “We are continuing to act with full might militarily,” Ya’alon said. “During the overnight last night, the attacks [against targets in Gaza] continued extensively. At the same time, we are continuing to proceed, much to our satisfaction, with the campaign to deal with terrorist tunnels, and we are continuing to exact a very big price from Hamas.”“Recorded speeches [like those made by Mohammed Deif, the fugitive commander of the Hamas military wing] and the use of civilians as human shields will not change the reality,” the defense minister said. “The reality is that Hamas has taken huge losses and lost many assets. Hundreds of terrorists have been killed, and much of the terrorist infrastructure has been destroyed, including arms, missiles, rockets, institutions, command centers, terrorists’ homes, and tunnels.”