Julie the Gazan filly: Saved by the IDF

Forces found an orphaned filly running around her mother's dead body in an area of Gaza filled with heavy fighting and took her back to Israel with them.

By JPOST.COM STAFF
JULY 31, 2014 18:35
Julie arrives at an IDF camp.
(photo credit: COURTESY PEGASUS)
Advertisement
Julie is one lucky Gazan filly: IDF forces came to her rescue after discovering her running around her mother's dead body in an area of heavy fighting in Gaza, and decided to save her and bring her back to Israel with them.The compassionate soldiers called The Pegasus Foundation, the Society for the Protection of Horses & Donkeys in Israel, which came to take her to her new life on Israeli land. The foundation recounted the ordeal on its Facebook page, saying that an IDF officer named Elad had called them and told them that they had found a filly who needed to be rescued. The soldiers took her across the border with them to Kibbutz Beeri where they gave her water and food and waited for the Pegasus Foundation to arrive to take her to her new life. 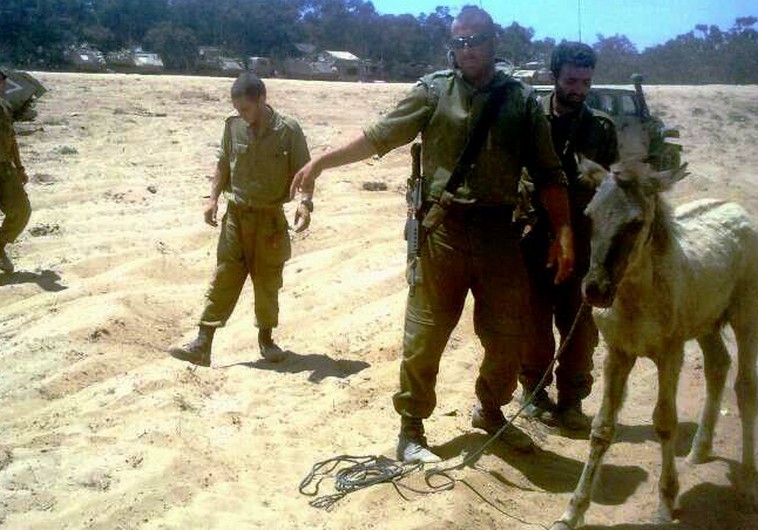 "Aside from a few small bruises, probably from shrapnel, the filly is skinny but healthy. She was even willing to drink some fresh goat milk we milked for her," Pegasus wrote on their Facebook page. After she settled into her new life, the foundation decided to name her Julie after the month of July. A spokesman told The Jerusalem Post on Thursday that besides a light limp, Julie is feeling good.