Netanyahu: Gaza operation continues, though dealing with the tunnels is nearly completed

Campaign will end only when quiet and security for a prolonged period of time is restored to Israeli citizens, PM says. 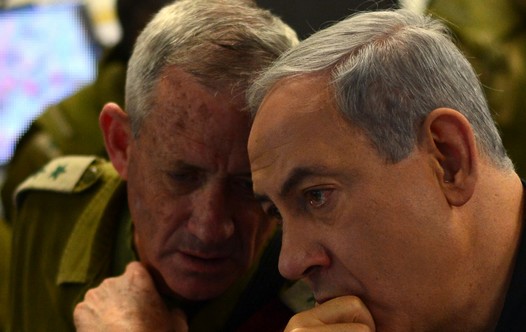 The military campaign in Gaza is continuing, and the only element coming to a conclusion right now is the action against the tunnels, Prime Minister Binyamin Netanyahu said Monday.“The campaign will end only when quiet and security for a prolonged period of time is restored to Israeli citizens” he said, following security deliberations with Defense Minister Moshe Ya'alon and Chief of Gen Staff Lt.-Gen Benny Gantz at IDF Southern Command headquarters.Netanyahu, in his comments, made no mention of reports that US Secretary of State John Kerry was trying to broker another 72-hour cease fire. The last one he brokered, together with UN Secretary-General Ban Ki-moon, ended 90 minutes after it began last Friday with the killing of two IDF soldiers and the abduction of a third.As some inside Israel are asking questions about the wisdom of redeploying the IDF troops on the Gaza border even as the Hamas rocket fire on Israel continues, Netanyahu reiterated what he has said repeatedly over the last few weeks: that Israel was delivering a very hard blow to Hamas and the other terrorist   organizations.  “We have no intention of harming Gaza citizens,” he said, and those harming them are for all intents and purposes Hamas, which also prevent them from access to humanitarian aid.“I think that the international community needs to roundly condemn Hamas and demand, as we are, that the rehabilitation of Gaza will be linked to its demilitirization,” he said.