Hamas: We attempted to hit the nuclear reactor in Dimona 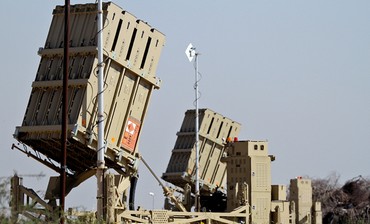 Three rockets were launched at Dimona in southern Israel on Wednesday afternoon. The Iron Dome intercepted one rocket before it could land, while two other rockets landed in open areas.Dimona is the location of Israel's nuclear reactor. There was no indication that rockets damaged any part of the reactor. Hamas claimed responsibility for the rockets, stating that it had been attempting to hit the nuclear reactor. Militants from Hamas's Qassam Brigades said they had launched long-range M-75 rockets towards Dimona. Minutes later the Iron Dome intercepted rockets  in Ness Tziona , Yavne and Rehovot in central Israel as Gaza terrorists extended the range of their rockets on Operation Protective Edge's second day.Earlier on Wednesday, two rockets fired from the Gaza Strip were intercepted over the Greater Tel Aviv area.Code Red rocket alert sirens sounded in Holon and Bat Yam prior to the interceptions.No injuries or damage were reported in the attacks. The Islamic Jihad took responsibility for the rockets fired toward Tel Aviv.Rocket alert sirens also sounded in Zichron Yaakov, some 120 km north of the Gaza Strip on Wednesday. The IDF confirmed that two rockets fell in open areas of the Hof Hacarmel Regional Council south of Haifa. The attack marked the furthest north that rockets from Gaza have fallen. A Code Red siren sounded in nearby Binyamina on Tuesday, but that proved to be a false alarm.Channel 2 suggested that the rockets may have been the Syrian-made M-302 type rocket, which was used to target Hadera on Wednesday.More than 80 rockets fired from Gaza have been launched at Israel on Wednesday. The IDF launched Operation Protective Edge early on Tuesday morning to try to eradicate increased rocket fire from Gaza.  Hamas has increased the range of its rocket fire during Operation Protective Edge, launching attacks at Ashdod, Hadera, Tel Aviv and the Jerusalem area, in addition to the western Negev communities which neighbor Gaza.The Iron Dome rocket defense system has intercepted dozens of projectiles fired toward population centers, limiting the injuries caused by the attacks. Reuters contributed to this report.
Advertisement
Subscribe for our daily newsletter