Fatalities are 26-year-old Captain Dmitri Levitas killed by sniper fire and Lt. Natan Cohen, 23-years old of Modi'in; 20 soldiers were injured in Gaza on Tuesday, two of them seriously.

By JPOST.COM STAFF
Captain Dmitri Levitas.
(photo credit: IDF SPOKESMAN'S OFFICE)
Advertisement
Two IDF soldiers were killed Tuesday evening in Gaza, according to the IDF Spokesman's Office. One of those killed was Captain Dmitri Levitas, a company commander serving in the Armored Corps. Dmitri was killed by Gazan sniper fire. He was 26 years old and from the cities of Jerusalem and Geshur in the Golan Heights.   The second soldier killed Tuesday was Lt. Natan Cohen, 23-years-old from Modi'in, a company commander in the Armored Corps. 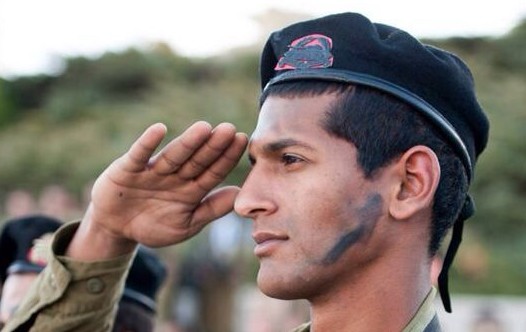 Over the past 24 hours, two IDF soldiers were seriously injured, nine were moderately injured and eight soldiers were lightly injured in Gaza. Altogether, 29 soldiers have been killed since the beginning of Operation Protective Edge. One soldier is missing.

On Tuesday, the IDF struck some 200 terrorist targets in the Gaza Strip, including more than 100 in the Shejaia neighborhood in the space of a few hours, the army said, as ground forces continued to destroy tunnels and engage Hamas cells in exchanges of fire.

The Paratrooper Brigade’s St.-Sgt. Evyatar Turgeman, 20, from Beit She’an, was killed on Tuesday morning in a firefight with terrorists, the IDF said. He was posthumously promoted from the rank of sergeant.

The IDF named one of two soldiers killed on Monday in Gazan gun battles as the Nahal Brigade’s St.-Sgt. Oded Ben-Sira, 22, from Nir Etzion.

Yaakov Lappin contributed to this report.
Advertisement
Subscribe for our daily newsletter