By REUTERS, HERB KEINON
AUGUST 1, 2014 21:32
John Kerry
(photo credit: REUTERS)
Advertisement
ISTANBUL - Turkey will do what it can to help free an IDF soldier whose capture led to the breakdown of a cease-fire between Israel and Hamas but the priority should be the reinstatement of a truce, Foreign Minister Ahmet Davutoglu said on Friday."What is important is that the cease-fire is reinstated. To ensure this, together with others, we can take any step that could resolve this Israeli soldier issue. If Turkey can do anything, we will do our best," Davutoglu told reporters.The IDF named 2nd.-Lt. Hadar Goldin, a 23-year-old Givati officer from Kfar Saba, as the IDF soldier presumed to be abducted by Hamas."But if the cease-fire is stopped because an Israeli soldier is kidnapped, somebody should account for the 70 Palestinians killed (today). In our eyes, all people are equal," he said.US Secretary of State John Kerry, fearing an escalation of violence in Gaza, earlier called on Turkey and Qatar to use their influence to secure the release of the IDF soldier. 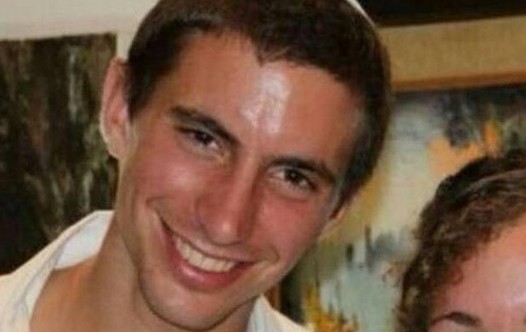 Kerry called Qatari Foreign Minister Khalid bin Mohammed al-Attiyah and Davutoglu soon after an aide informed him of reports of the abduction, and the killings of two Israeli soldiers, while flying back from a visit to India. The attacks on the Israeli troops came amid fighting that lead to the collapse of a temporary cease-fire between Israel and Hamas."We have urged them, implored them to use their influence to do whatever they can to get that soldier returned," a senior State Department official told reporters traveling with Kerry. "Absent that, the risk of this continuing to escalate, leading to further loss of life is very high."Meanwhile, UN Secretary-General Ban Ki-moon condemned on Friday the reported violation by Islamist Hamas terrorists of a 72-hour humanitarian cease-fire in Gaza and demanded the immediate, unconditional release of a potentially captured IDF soldier."He is shocked and profoundly disappointed by these developments," UN spokesman Stephane Dujarric said. "The Secretary-General is deeply concerned about the resumption of Israeli attacks on Gaza.""The Secretary-General urges both sides to show maximum restraint and return to the agreed 72-hour humanitarian ceasefire that tragically lasted such a brief period of time," Dujarric said.Earlier on Friday, Prime Minister Binyamin Netanyahu told Kerry that Israel would take “all necessary measures” against those calling for its destruction and using terror against its citizens.Netanyahu said that the terrorist organizations in Gaza would bear responsibility for the consequences of their actions. He called the attack a flagrant violation of the US and UN-brokered cease-fire arrangement.Following the call, Kerry released an official statement condemning today’s "outrageous violation of the ceasefire negotiated over the past several days, and of the assurances given to the United States and the United Nations."The statement called on Hamas, which controls the Gaza Strip, "to immediately and unconditionally release the missing Israeli soldier," and on those with influence over Hamas to "reinforce this message."Kerry said the international community had to "redouble efforts" to end the attacks by Hamas on Israel and the suffering and loss of civilian life on both sides of the conflict.  Justice Minister Tzipi Livni, representing the left-flank of the the eight-person security cabinet, wrote on her Facebook page that the IDF was justifiably now operating on the ground “with the full backing of us all.”“Hamas has paid, and will yet pay a heavy price,” Livni said. Then, in an obvious reference to the fact that the attack took place after Hamas accepted the US and UN brokered cease-fire, Livni added, “If it was not yet clear enough to everyone, now the world knows who is responsible for the destruction and blood” in Gaza. The White House also condemned the reported Hamas attack on Israeli soldiers as a violation of the recently instated humanitarian cease-fire."That would be a rather barbaric violation of the cease-fire agreement," White House spokesman Josh Earnest said on CNN, and called on Hamas to release the abducted Israeli soldier. Earnest called on Hamas to release the Israeli soldier. The United States urged the international community to condemn the Hamas cease-fire violation in the "strongest possible terms," Earnest said."And we would encourage those who have influence with Hamas to get them back on to the terms of the cease-fire and to get them to abide by the agreements that they struck just yesterday," he said.Riyad Mansour, the Palestinian permanent observer to the United Nations, downplayed the blame on Hamas, telling CNN it was not certain Hamas had carried out the attack or violated the cease-fire.Netanyahu spokesman Mark Regev said Hamas terrorists had attacked IDF soldiers an hour and a half after the cease-fire took effect. "This appears to be an absolutely outrageous action by Hamas, using the cover of a cease-fire to conduct a surprise attack through a tunnel, killing Israeli soldiers and perhaps taking one hostage," Tony Blinken, White House deputy national security adviser, said on MSNBC. "We strongly, strongly condemn it." Yaakov Lappin contributed to this report.