Military releases footage of what the IDF said were Gaza terrorists leaving a home, boarding an ambulance and speeding off. 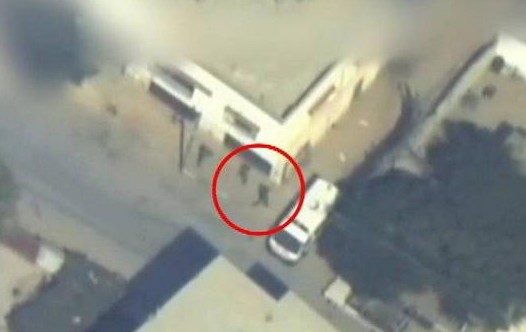 The IDF released video images on Tuesday of what the military said were Gaza terrorists leaving a home and boarding an ambulance.The video, taken from an aerial surveillance platform, contains the recordings of Air Force officials monitoring the situation. "Two are leaving our home and going into an alley, in the direction of where you carried it [unknown] out," says one intelligence scout."And now they are boarding and ambulance," he adds.""Another one just entered. And he's even dressed in white," a voice says over the communications network. "It's the driver."Seconds later, a broadcast over the network says, "Pay attention, we have two suspects who entered an ambulance. And they are now escaping in the ambulance, southbound."