Youtube users have been posting videos of the IAF's strikes on Gaza during Operation Protective Edge.

By JPOST.COM STAFF
A screenshot from a video being shown in the Arab media of the IAF's targeted strikes on sites in Gaza.
(photo credit: YOUTUBE SCREENSHOT)
Advertisement 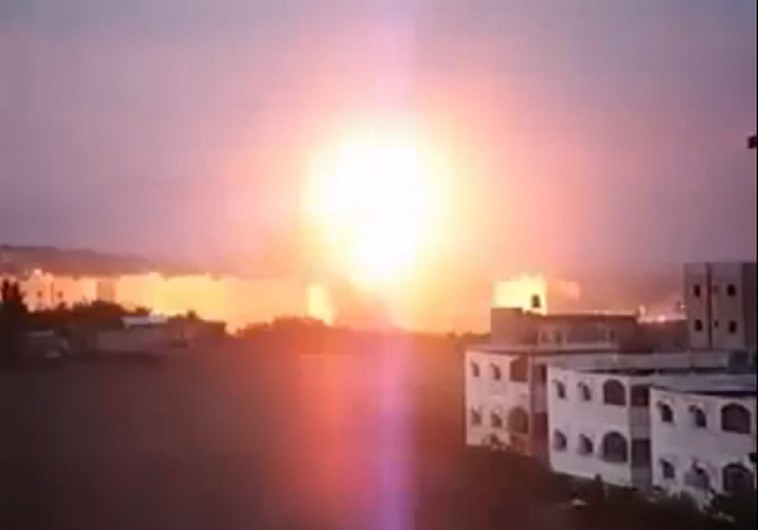 The IDF shared three videos that were posted on Youtube reportedly showing the Israel Air Force's targeted strikes on Gazan terror sites, which are often situated in the middle of civilian areas.WARNING: The following videos are loud and may be disturbing to some viewers. The first video shows a targeted attack on an unspecified location in the Gaza Strip.The next video reportedly shows an attack on a site in Khan Yunis, a city in the southern Gaza Strip. The third video, also shows the IAF targeting a building in Khan Yunis.